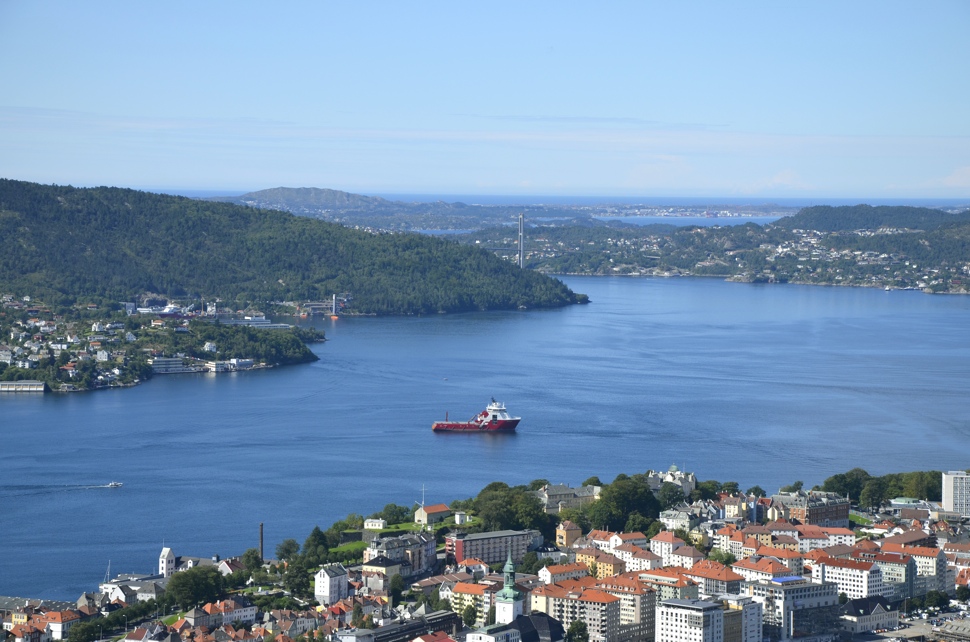 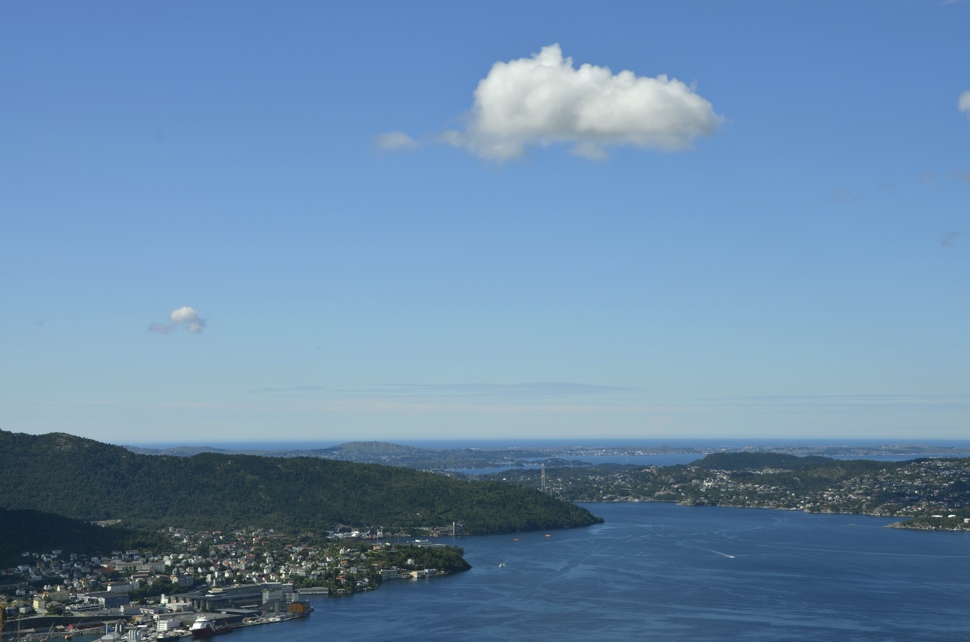 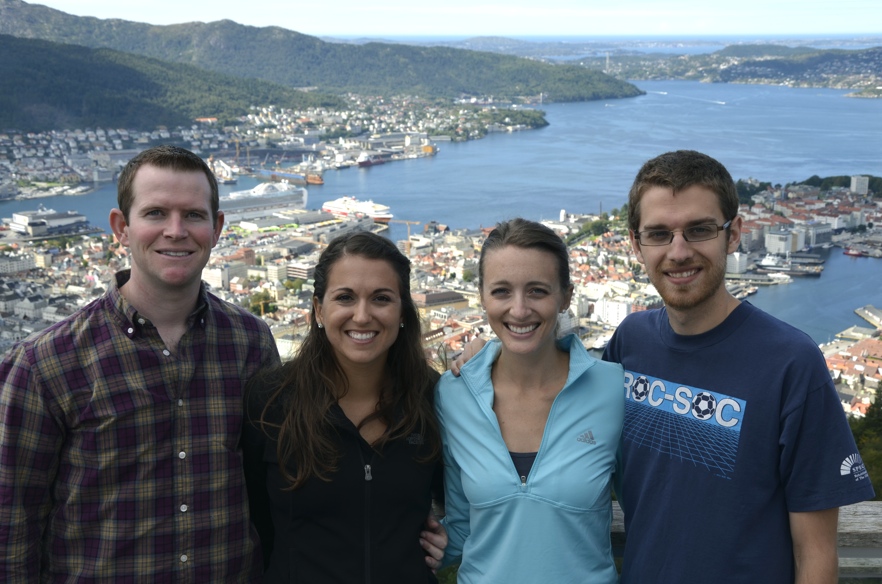 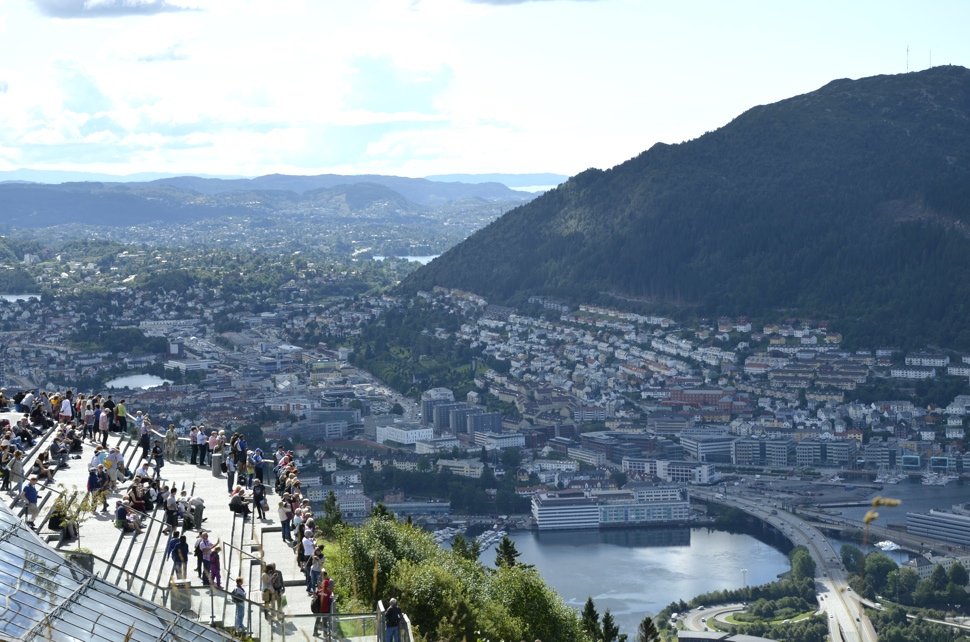 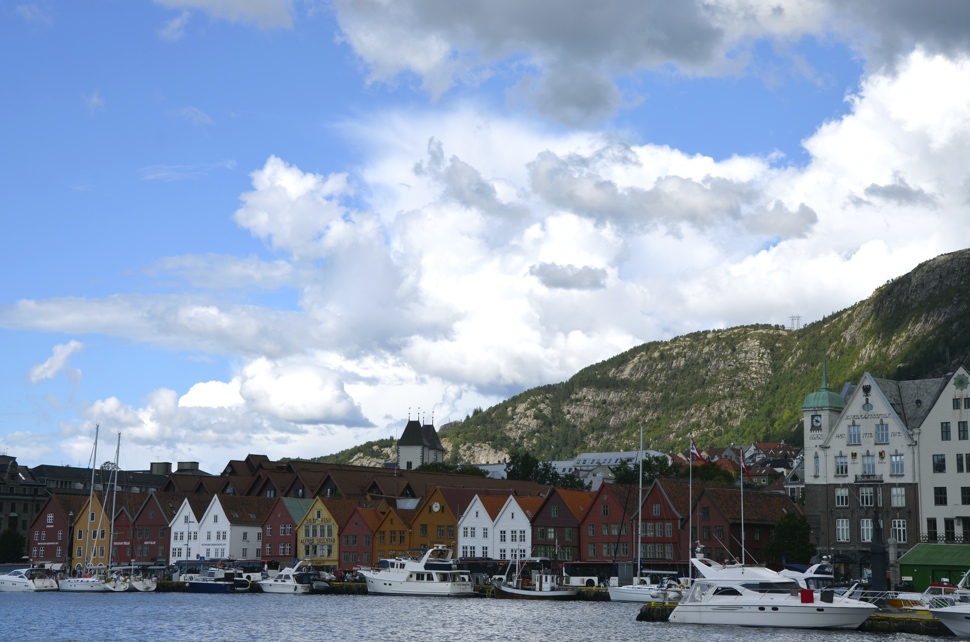 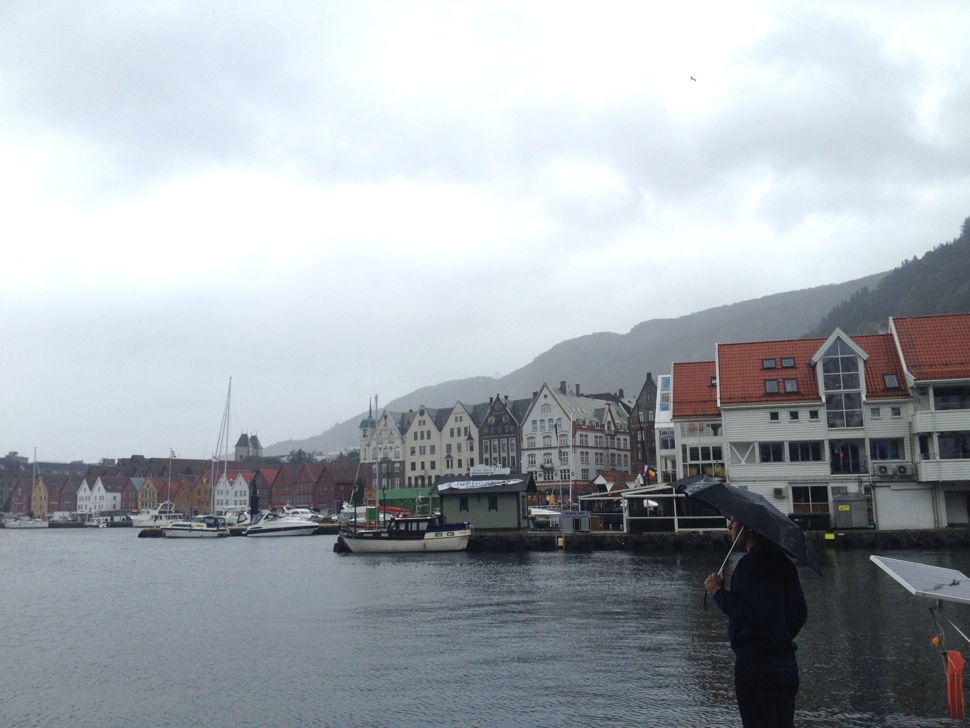 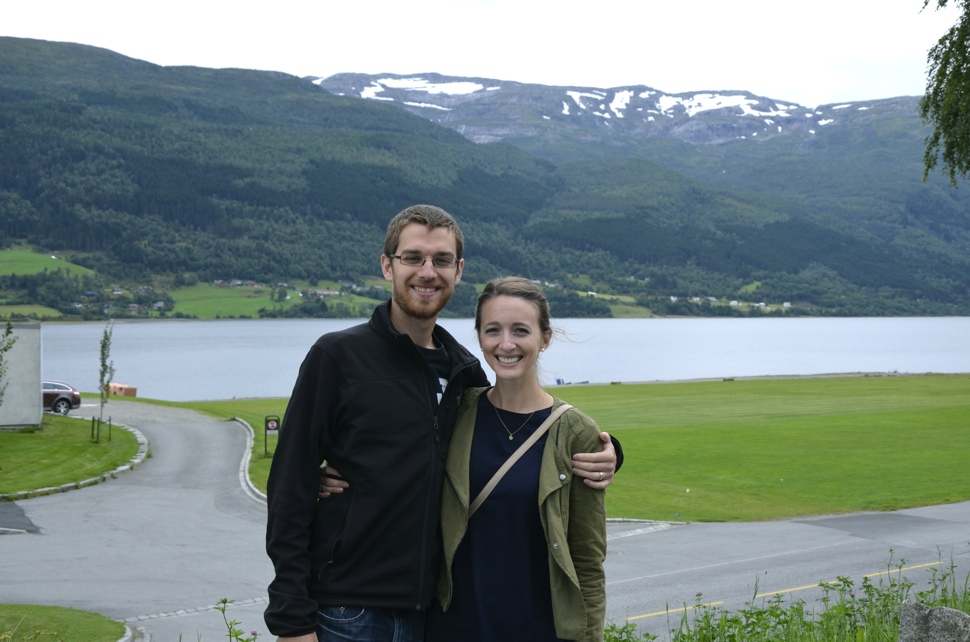 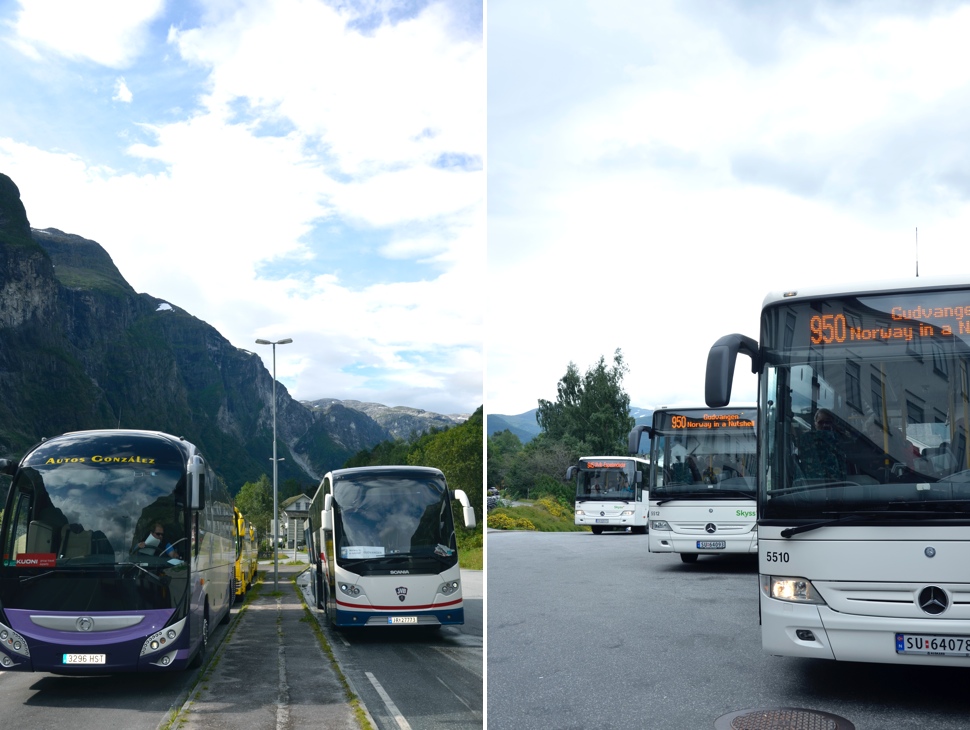 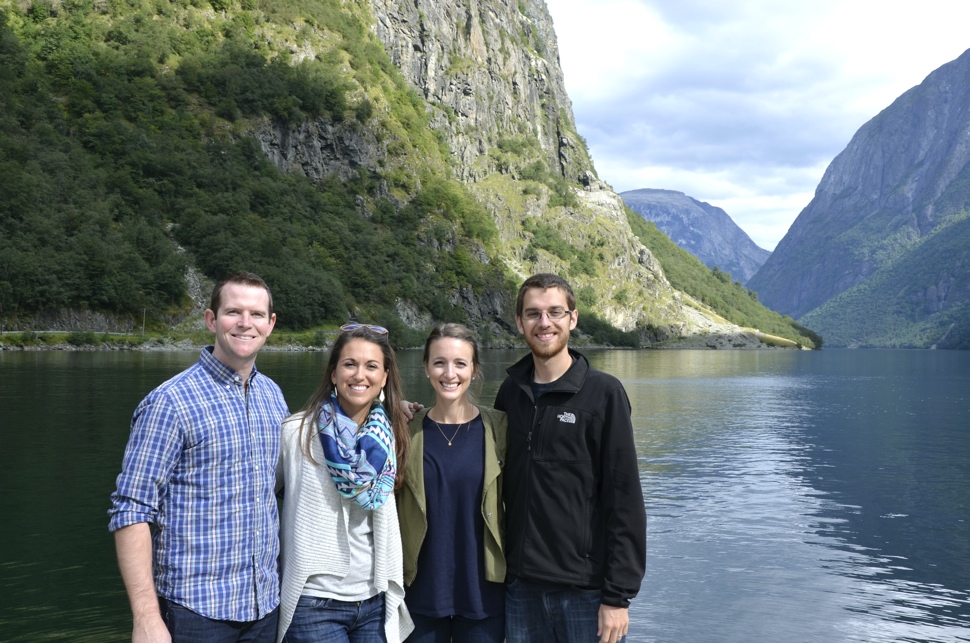 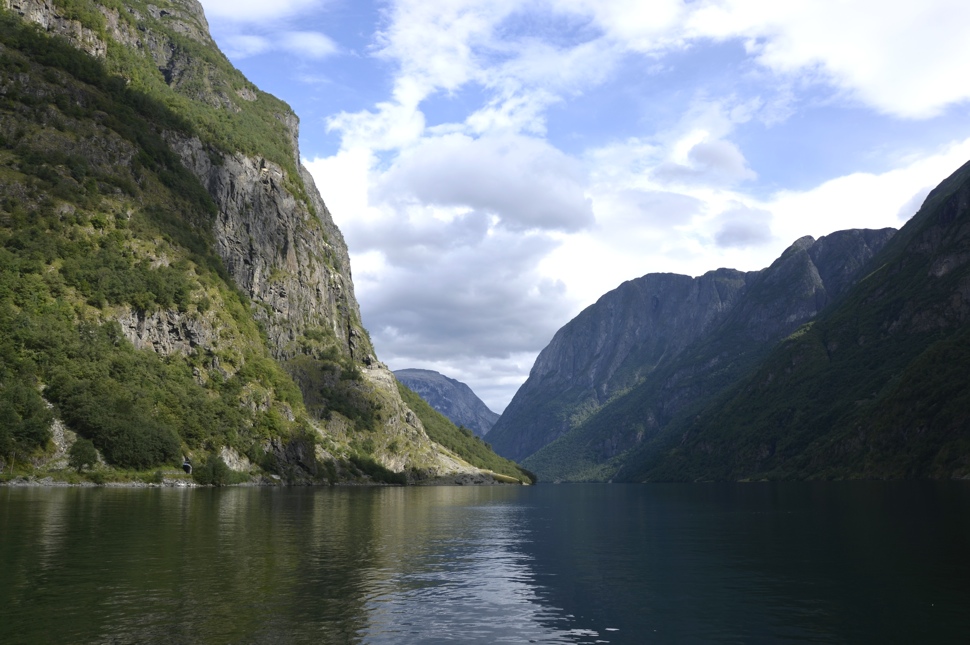 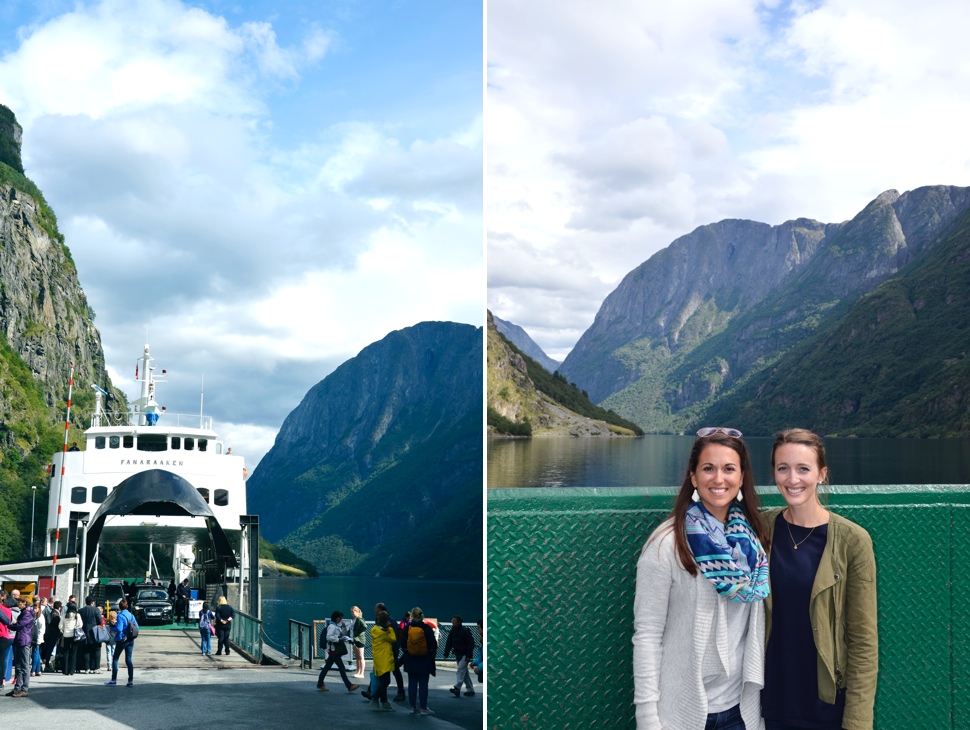 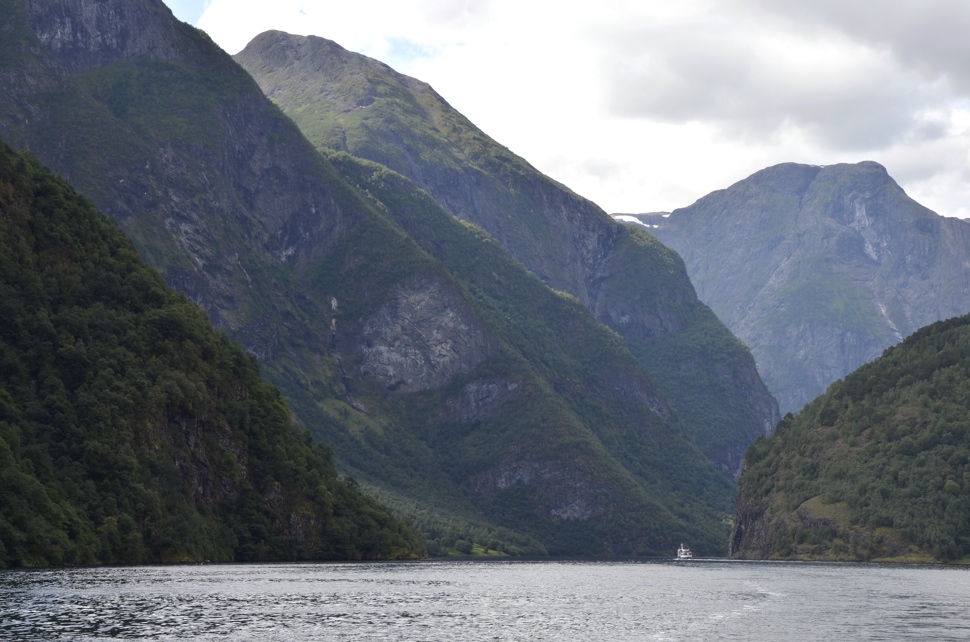 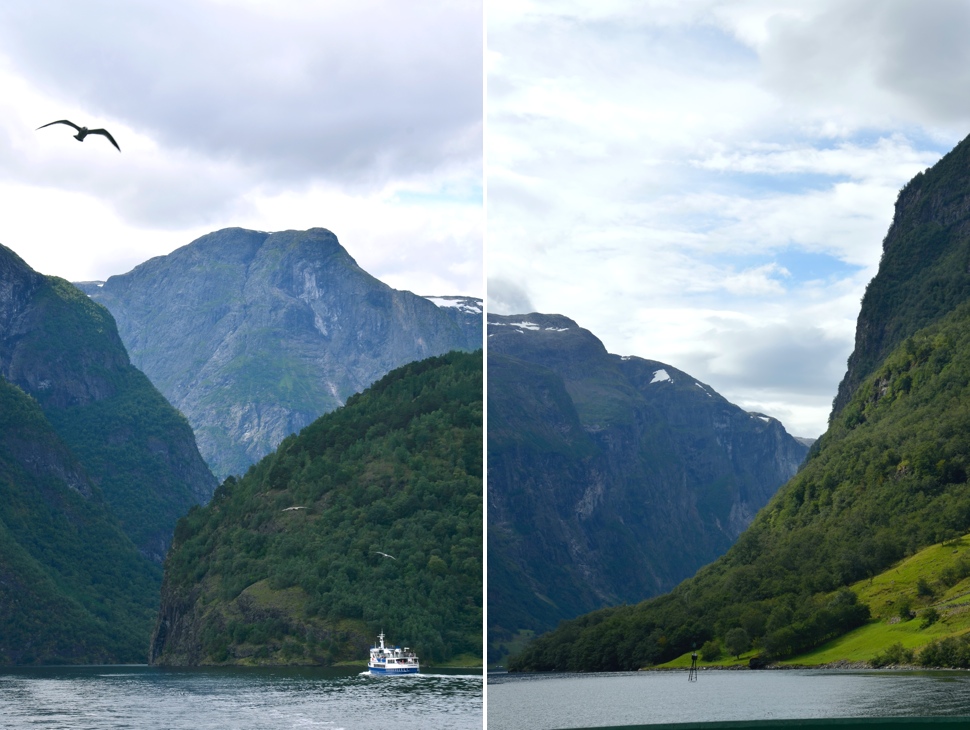 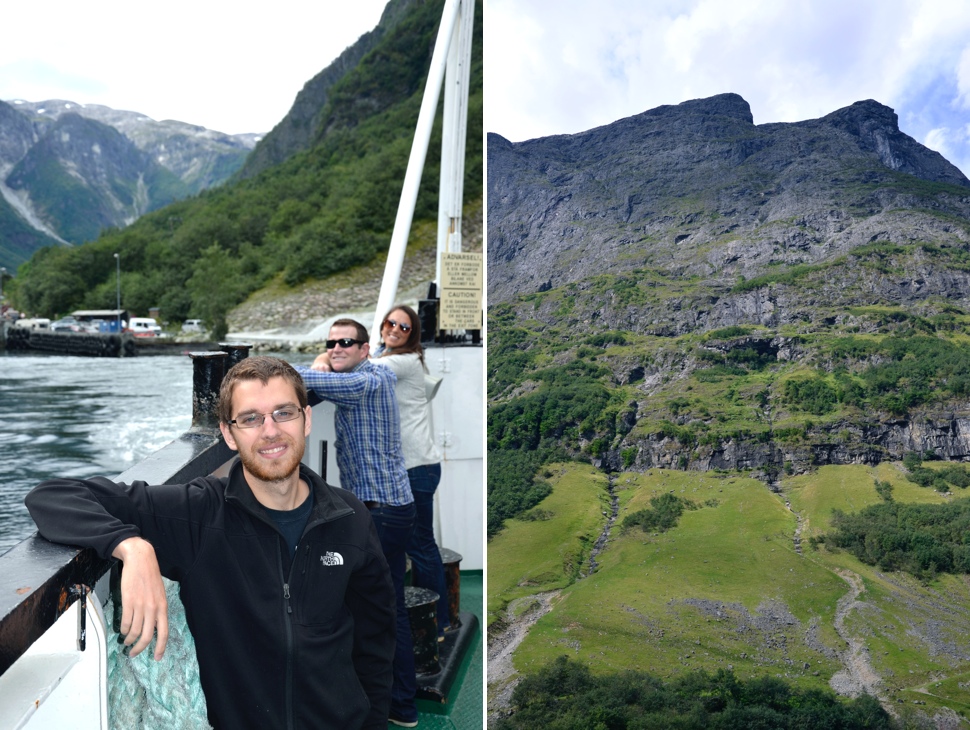 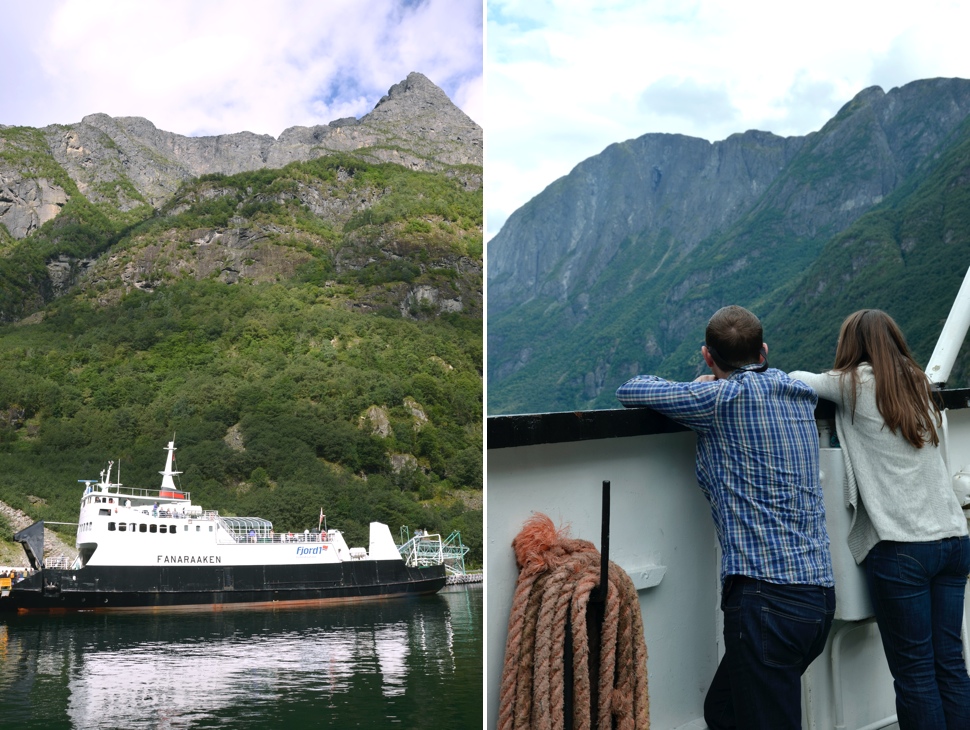 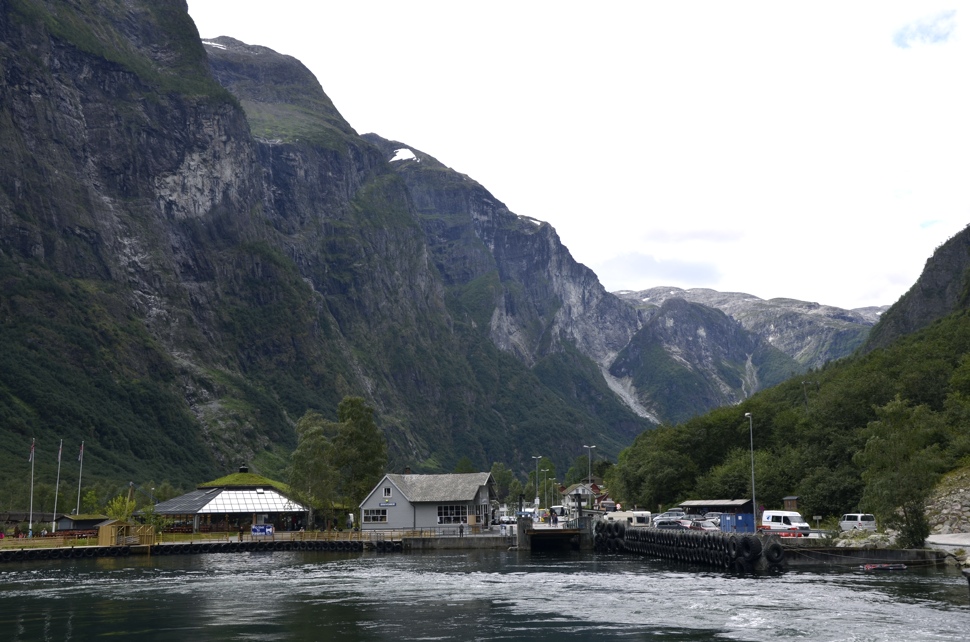 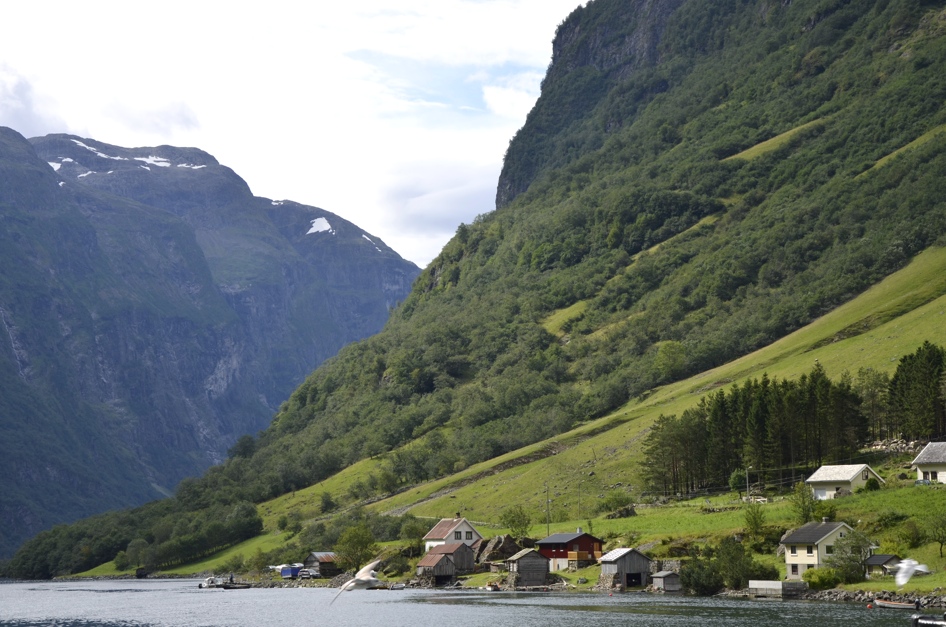 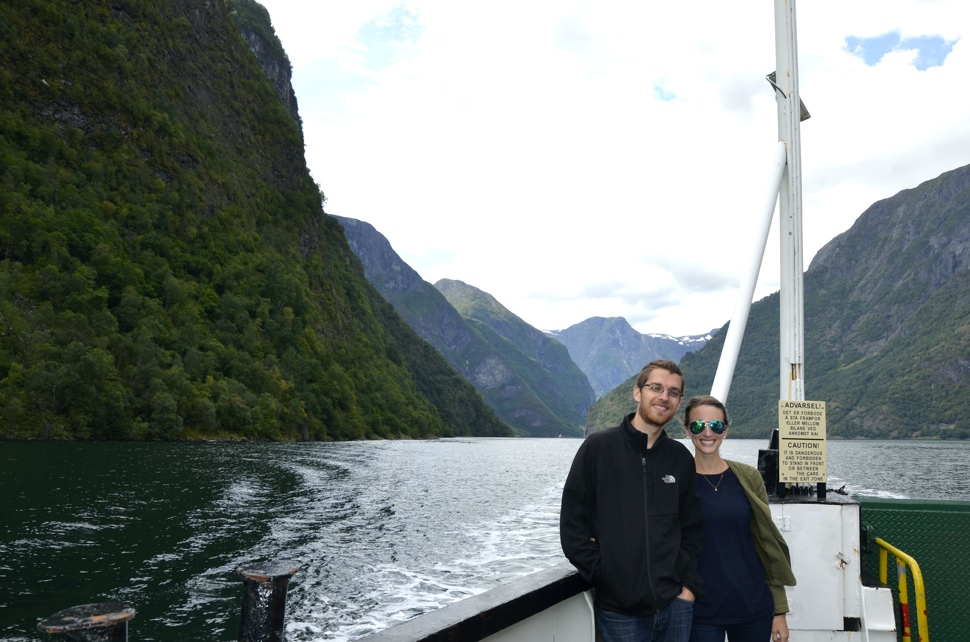 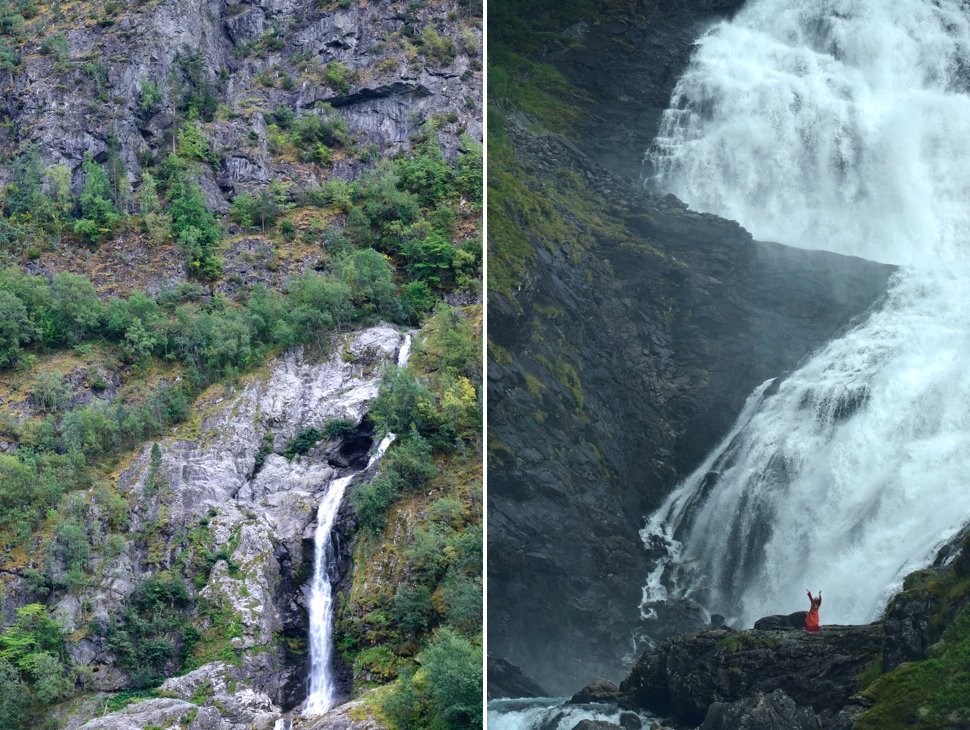 The first day we got to Bergen it was pouring rain and pretty darn chilly. Scott and I came completely unprepared, with no rain jackets and barely any warm clothing. We had gotten used to the nice warm weather we’d been having way too easily and forgotten that these places require jackets and scarfs for most of the year. Our traveling buddies, however, came far more prepared than we did. Which shouldn’t have come as a surprise since they’re always far more prepared than us (that’s why we’re friends). We made the decision that we weren’t going to let the rain get in our way of seeing this Norwegian city though. After all, Bergen has over 230 days of annual rainfall (we found out once we were there). So we trudged out into the city with wet clothes and smiles on our faces (sort of). One of the things that our host warned us about (but definitely not the most shocking) was the high cost of eating at restaurants in Norway. Most locals cook at home to keep costs down and rarely eat out. So we followed her advice and went to the fish market to buy our dinner. After gathering all the supplies to make dinner, we took the short cut back to our place. This is the other shocking thing that our host warned us about. Across the street from the apartment that we were renting, was a well known drug park. Everyone knew it, even the police, and apparently they had made the decision to leave all the druggies be, as long as they kept to the park. We were warned that we would see all kinds of crrrrazy stuff going on in the park. It’s like your own private show, right outside your window, she explained, laughing. We all laughed with her. Then when she left we looked at each other, completely stunned. Not exactly the kind of welcoming we had imagined. But then we laughed again, for real this time, and took the long way to the market. Well on the way back it was raining, like really raining, and we were carrying heavy bags of groceries. So we opted for the short cut through the park, after all, she assured us it was completely safe. Don’t look at them, walk fast, but not too fast, act like we’re talking…these were the things we reminded each other of before embarking on the 2 minute walk through the park. Ok, we’re almost there. Which way is it? I think it’s this way. Wait, maybe it’s that way. Just keep walking! - as we basically slid down a steep muddy hill, which was clearly not the path to our apartment. But looking lost in the middle of the drug park was not an option, so we acted as if we needed a good challenge. Sidewalks bore us. We successfully made it back, after what seemed like 2 very long minutes. We earned some serious bravery points for that, I’m sure. I mean, no big deal, we’re hardcore.

After our first day there, mother nature pleasantly surprised us with lots of sun and very minimal rain. I think that I can speak for the group when I say that the best part of our stay in Bergen was the day we took the ferry through the Sognefjord. To get to the fjord we took a train and a bus through some of the most stunning landscapes I’ve ever seen. The kind that that make it on postcards. It was unreal. But the ferry through the fjord was definitely the cherry on top. The greenest greens and the bluest blues you’ve ever seen. Waterfalls every time you turned your head. Mountains coming straight out of the river, on both sides, decorated every so often with a tiny cluster of houses. Better than the pictures. It was, without a doubt, worth several walks through the drug park.