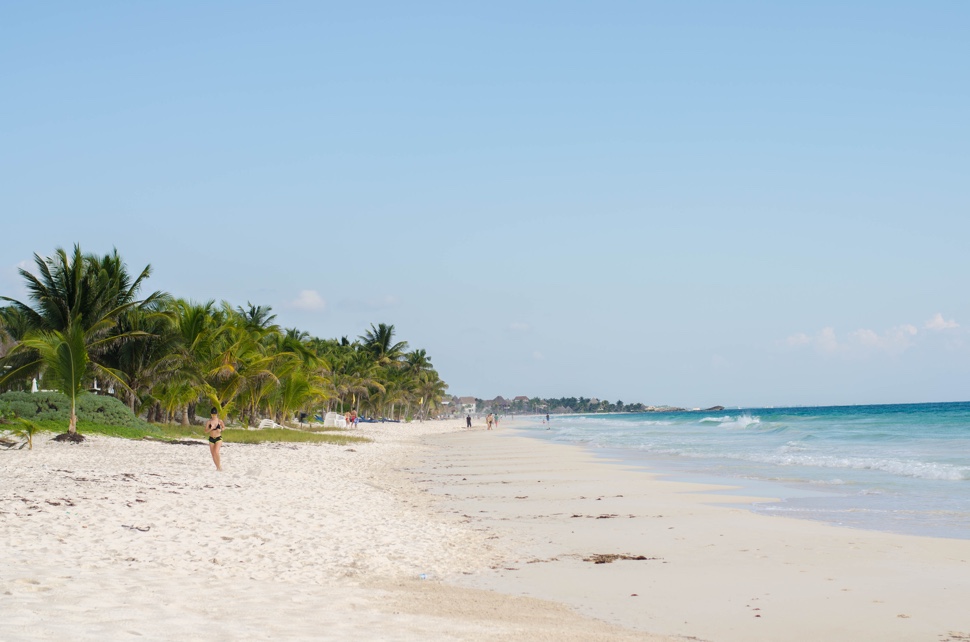 We had been tossing around the idea of a beach vacation for a little while, so when we stumbled upon Tulum we were sold. It was going to be hard to live up to our expectations because we had hyped it up so much, but it did not disappoint. Not in the least. In fact, I think it was even better than we imagined. Tulum used to be a fairly tourist-free corner of Mexico, but in recent years its secret has been plastered all over the internet. Normally, that would mean it's now overrun with giant resorts, chain restaurants and souvenir shops. Although I don’t really know what it was like before, I’d say that it has blown up in the best way possible. 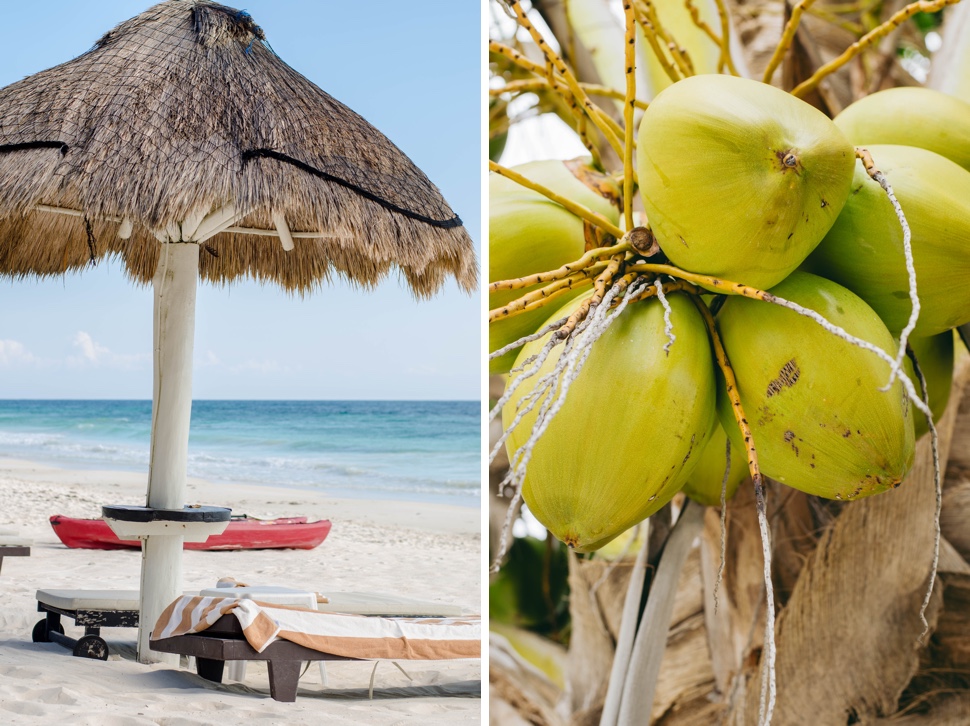 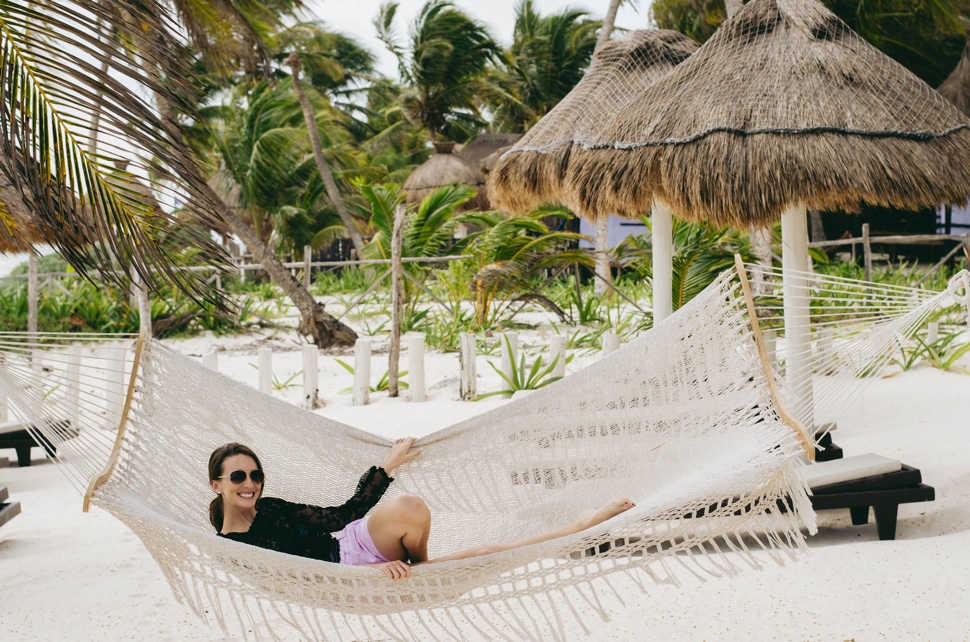 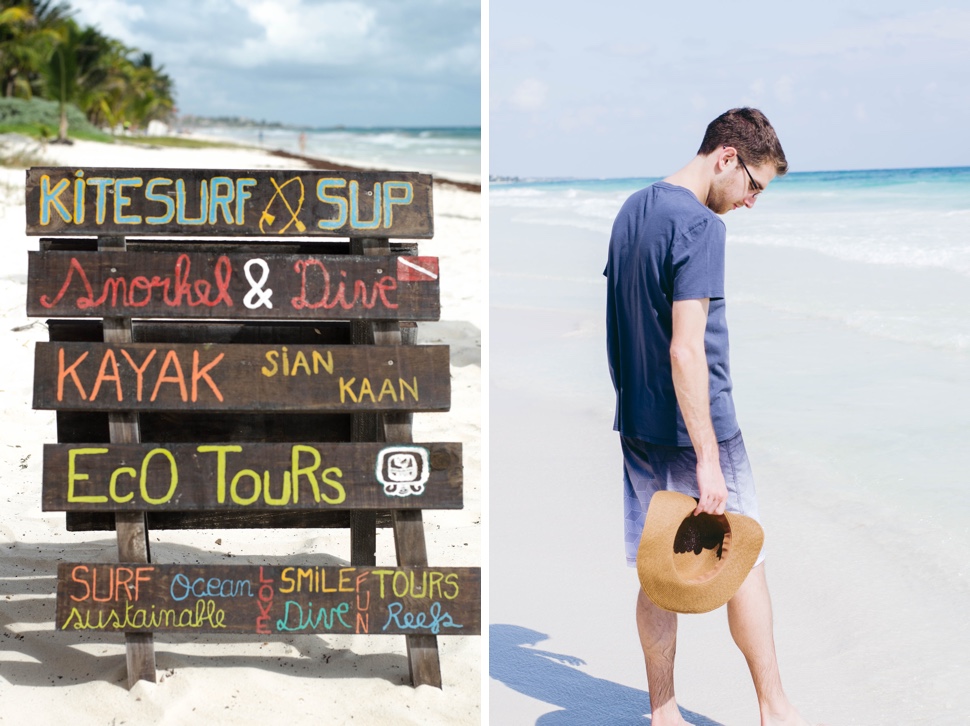 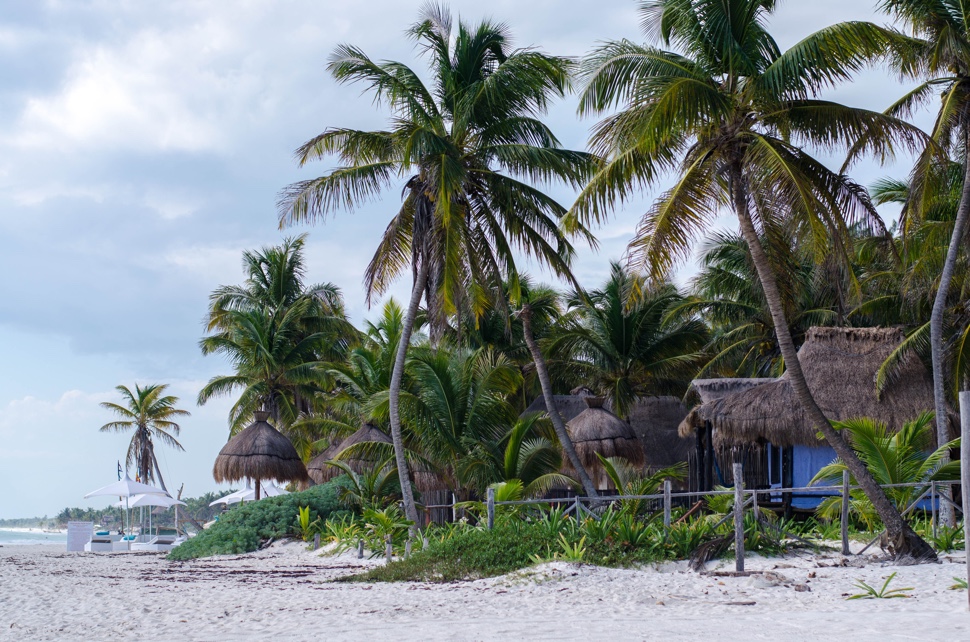 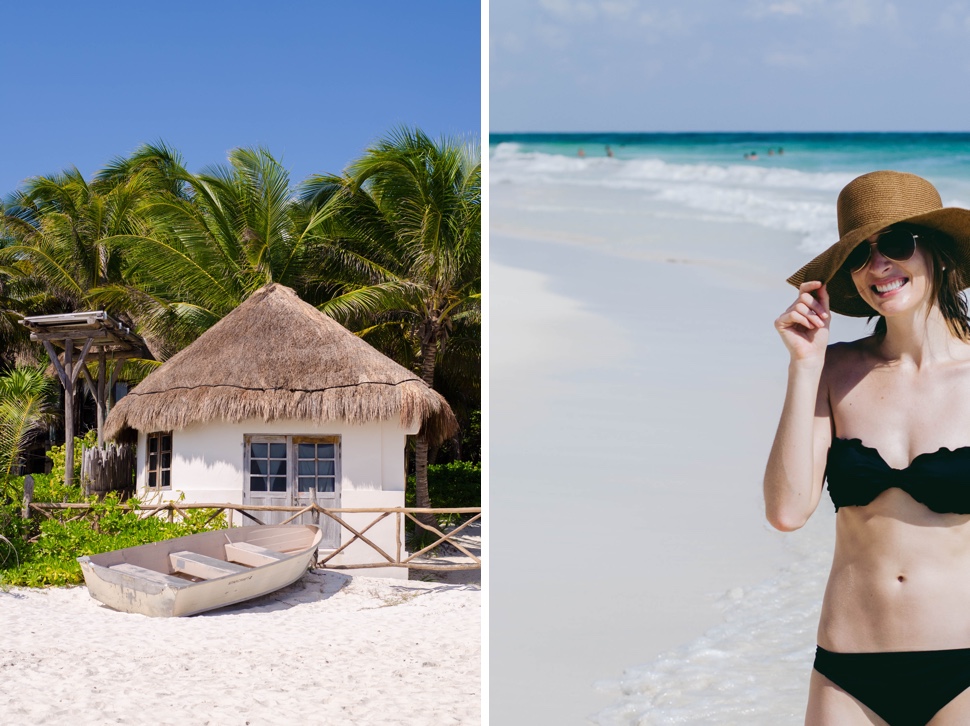 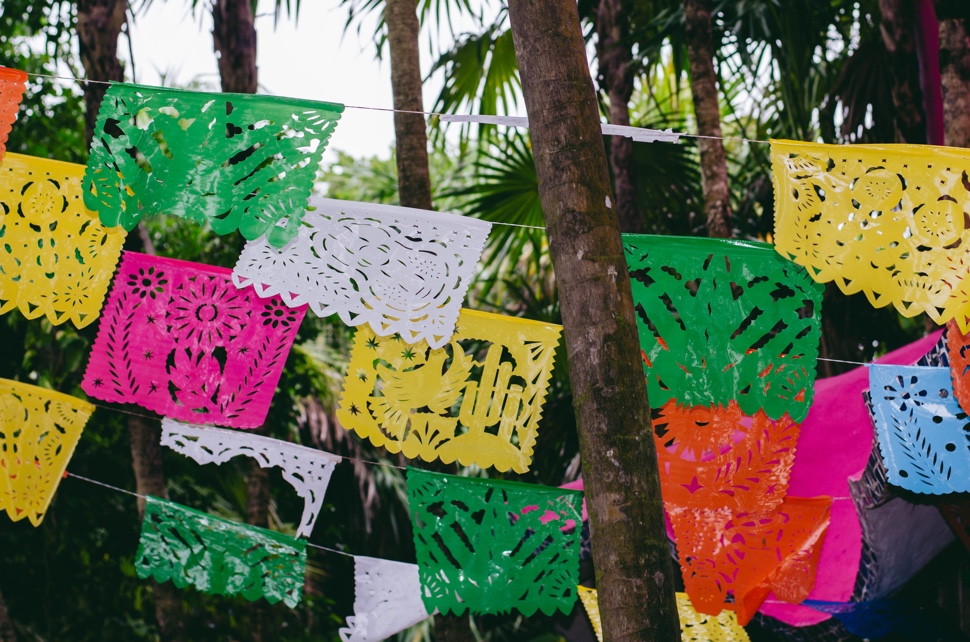 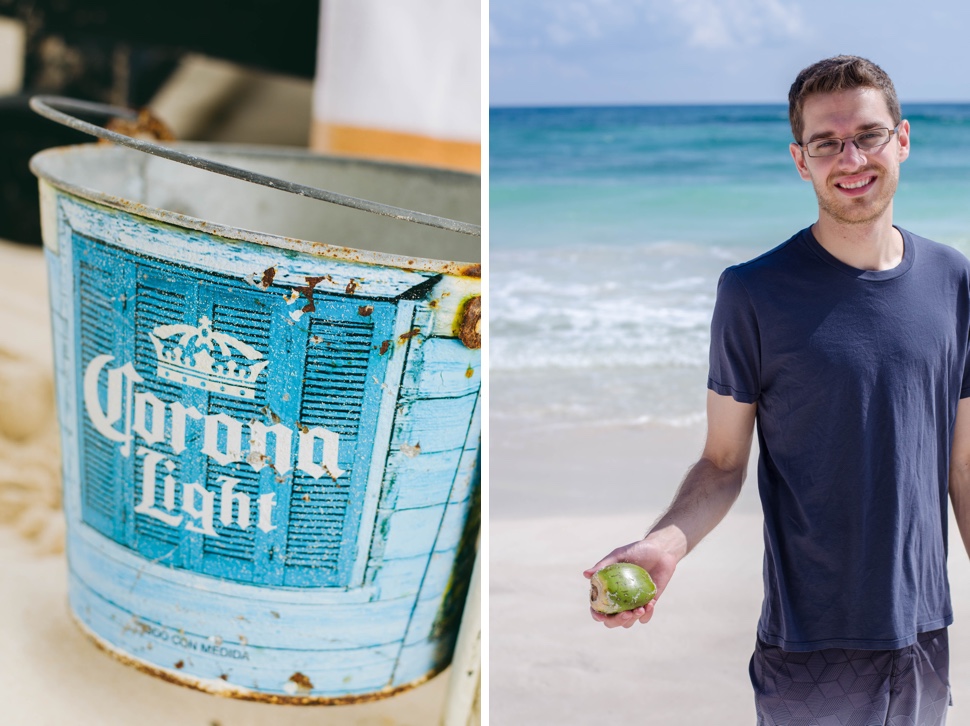 When we turned onto the street parallel to the beach (the one with all the hotels), we immediately fell in love with this little jungle paradise. You won’t find any big resorts on the beach, like you’ll see in Cancun and Playa del Carmen, instead it’s lined with small boutique-like hotels. Our hotel had eight rooms, and five of them were huts disconnected from the main building. It was a dream. We spent our days laying on the beach, stuffing ourselves with the most delicious Mexican food (can you ever have too much?) and exploring the town. Take me back. 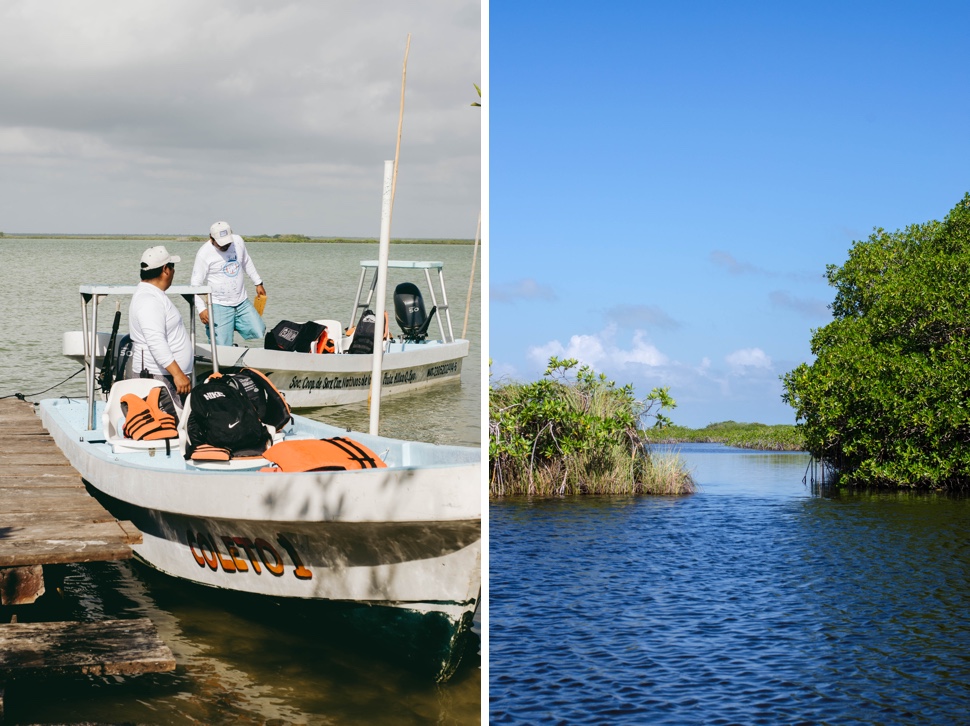 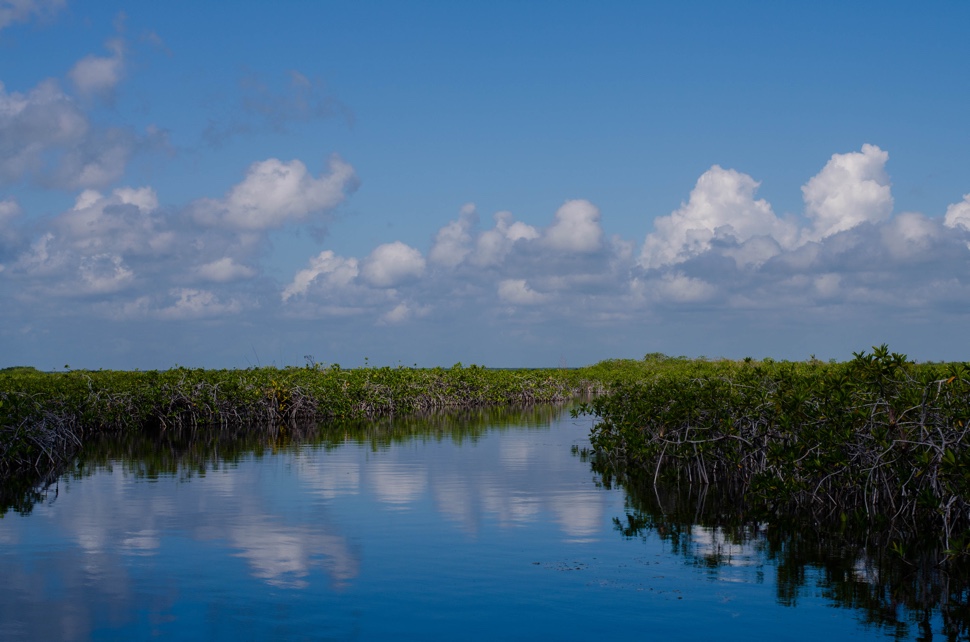 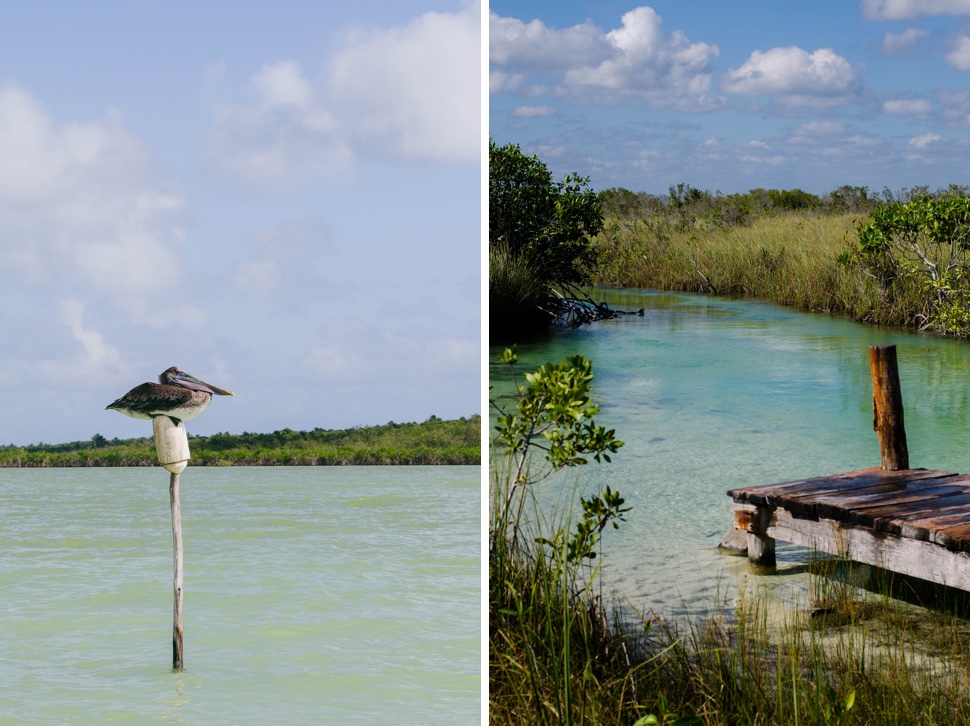 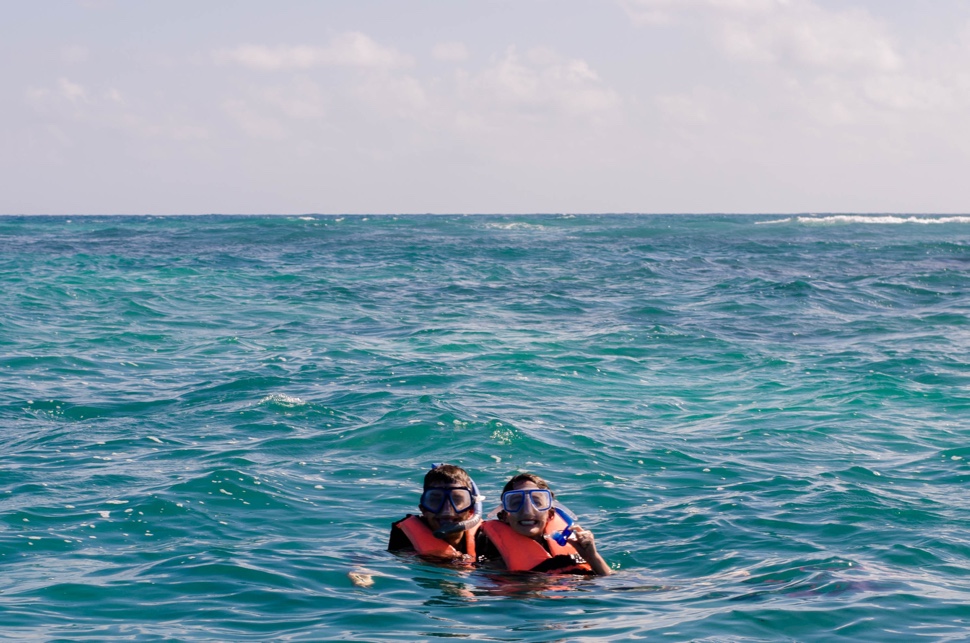 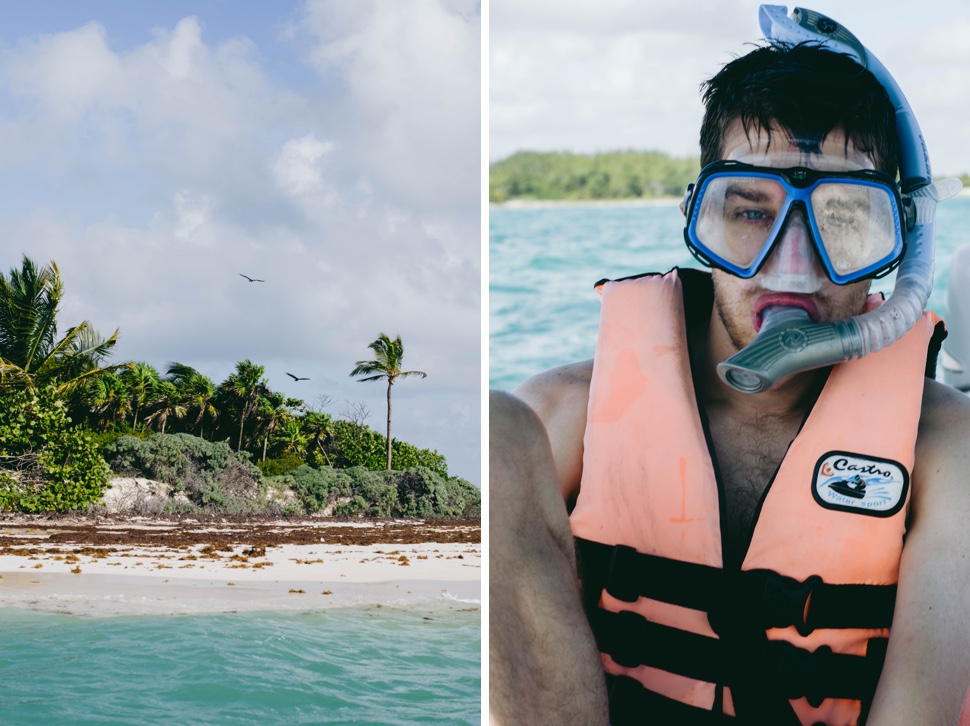 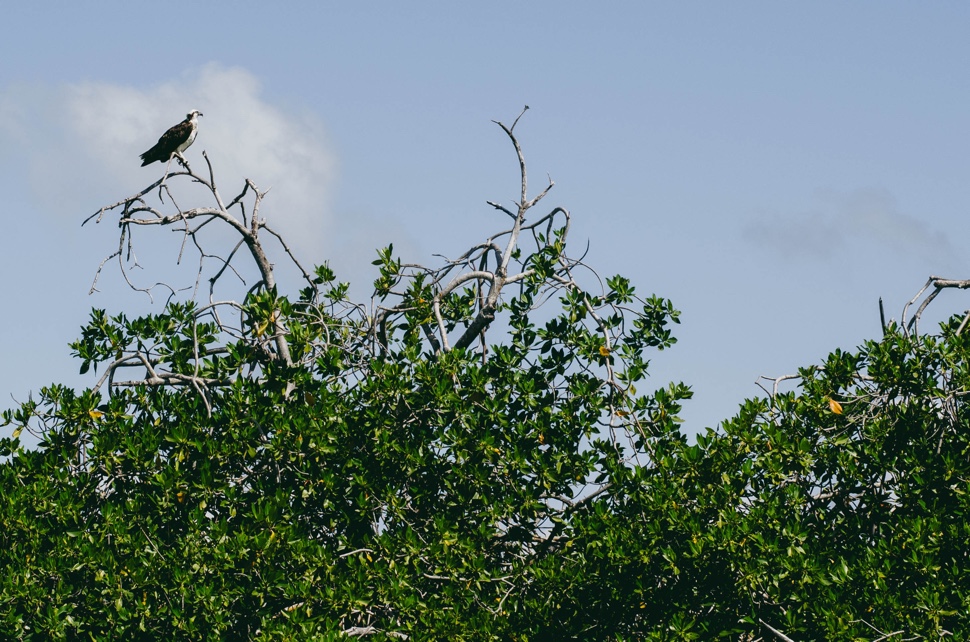 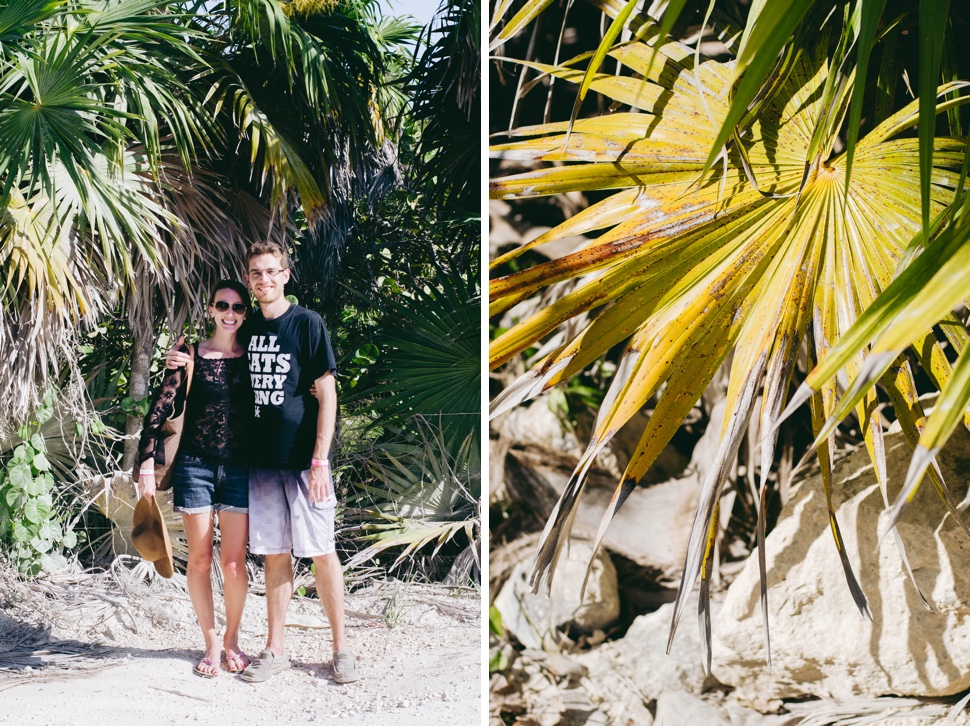 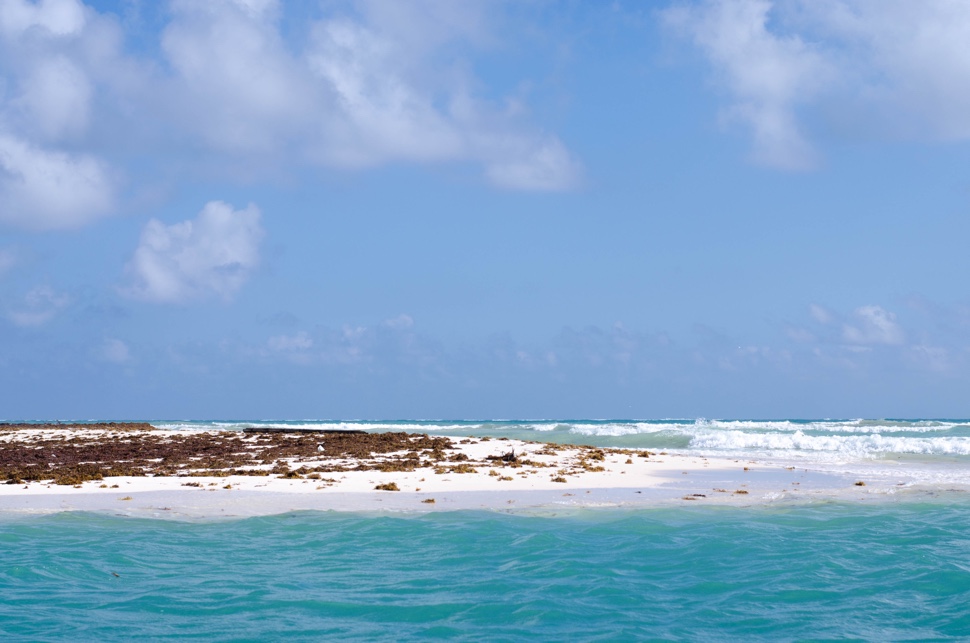 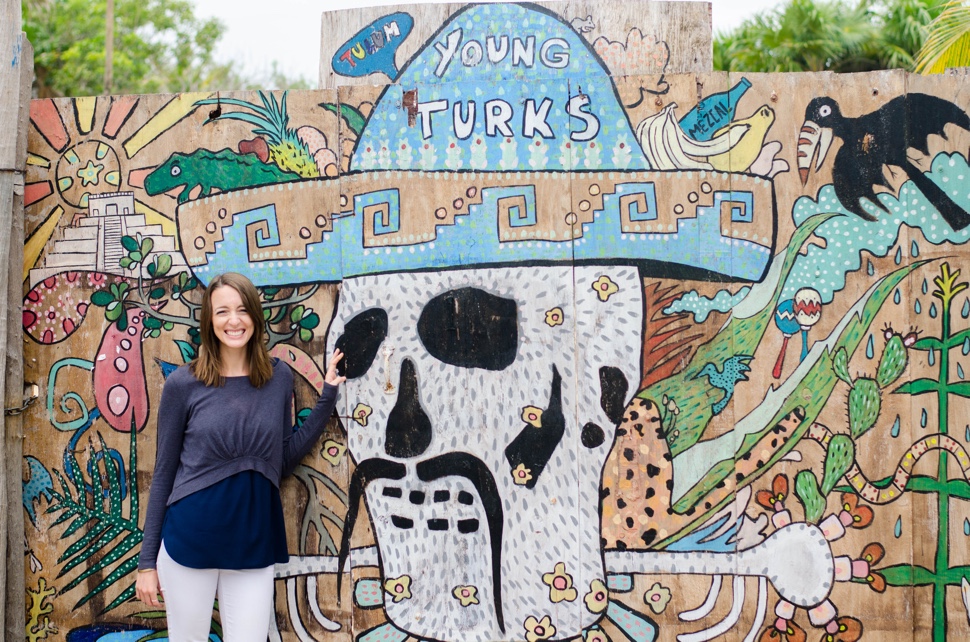 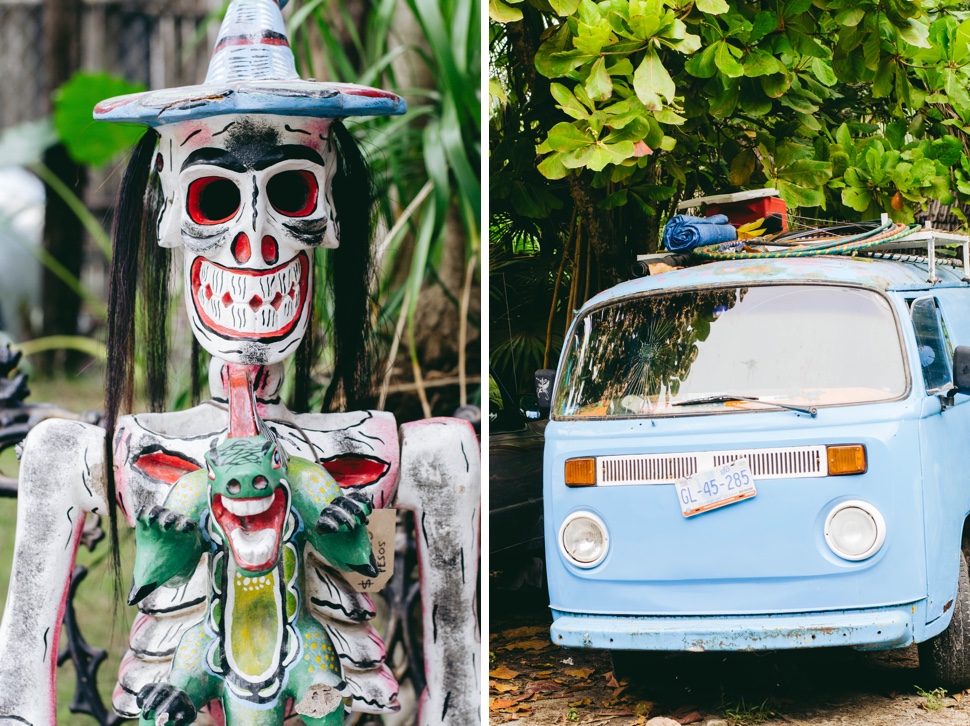 The most memorable part of the trip was the night that we spent eating dinner at a fancy little restaurant on the beach. They don’t have lights on the beach at night, so Scott and I were eating our meal looking out at the dark beach. Not long after we started eating we saw several people walking down the beach with red laser-type lights. We didn’t think much of it at first, but when we started to see more people using their lights to look in the bushes near the restaurant, we began to get curious. We finally asked our waiter what they were all doing and he told us that they were looking for tortuguitas (baby turtles). I freaked. I had been talking about seeing a baby sea turtle months before our trip, but I didn’t think it was going to happen. Apparently, when the turtles hatch they can’t see very well so they just move towards the light. In a completely natural environment the moon reflecting off the water is the brightest light, so they instinctively go in that direction. On beaches where there are hotels and other unnatural light sources, the turtles get confused by all the bright lights. So these people were attempting to find the turtles and lead them to the ocean with their red light. I didn’t want to disrupt the search, but I was itching to see one. So as soon as I heard a couple yelling that they had found one, I abandoned my food at the table and sprinted down the beach, on my tippy toes, as to not step on one. I am not kidding when I say that it was one of the cutest and most amazing things I’ve seen. This tiny little turtle, moving ever so slowly, to the vast ocean for its first time. Then I went back to a mouthwatering dinner, and rehashed how amazing it was. For the rest of dinner. Best night.