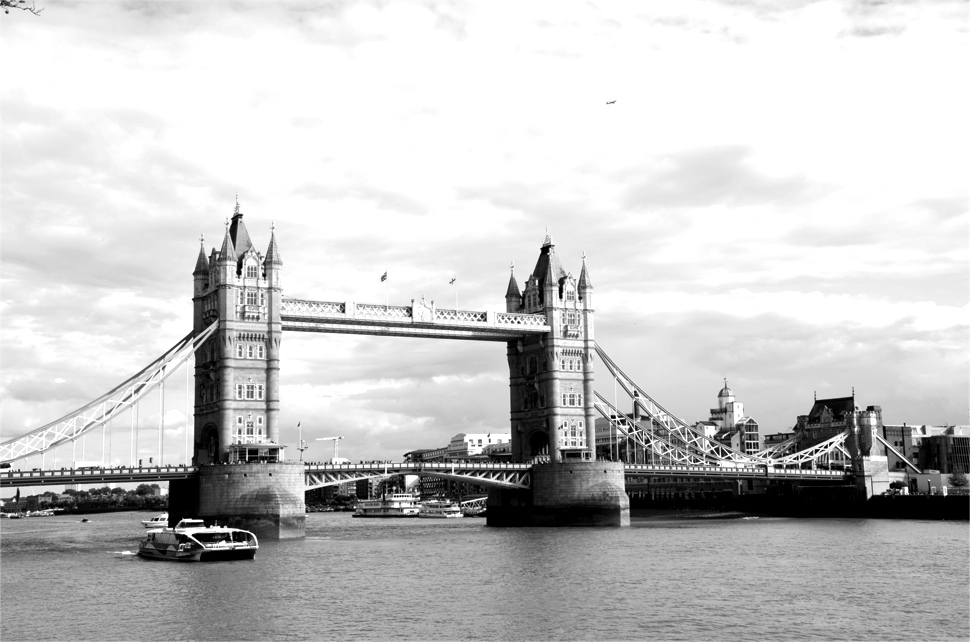 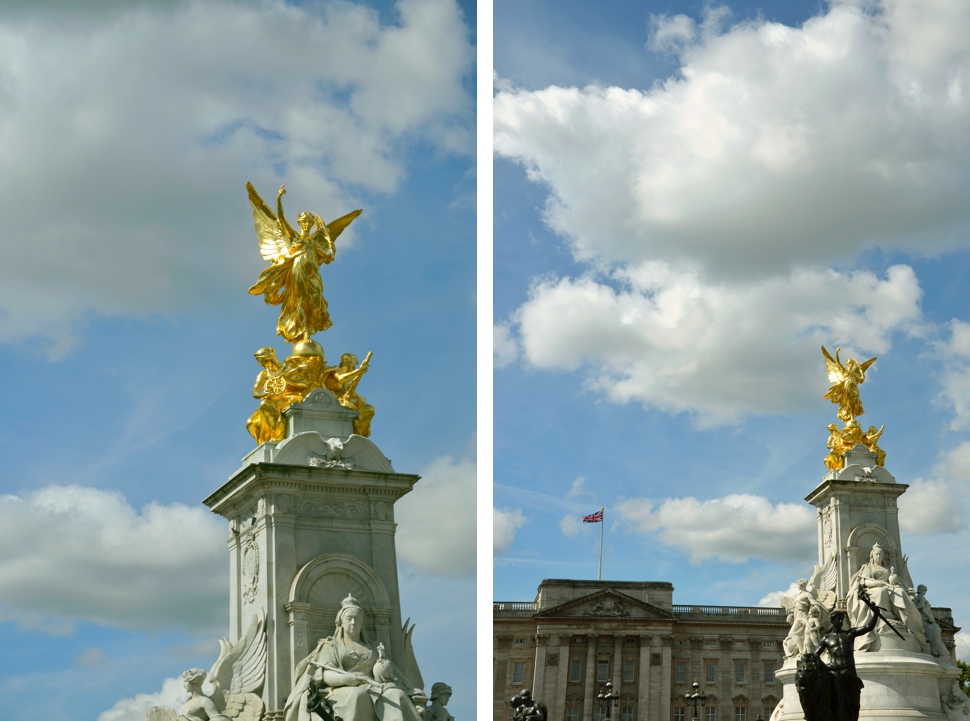 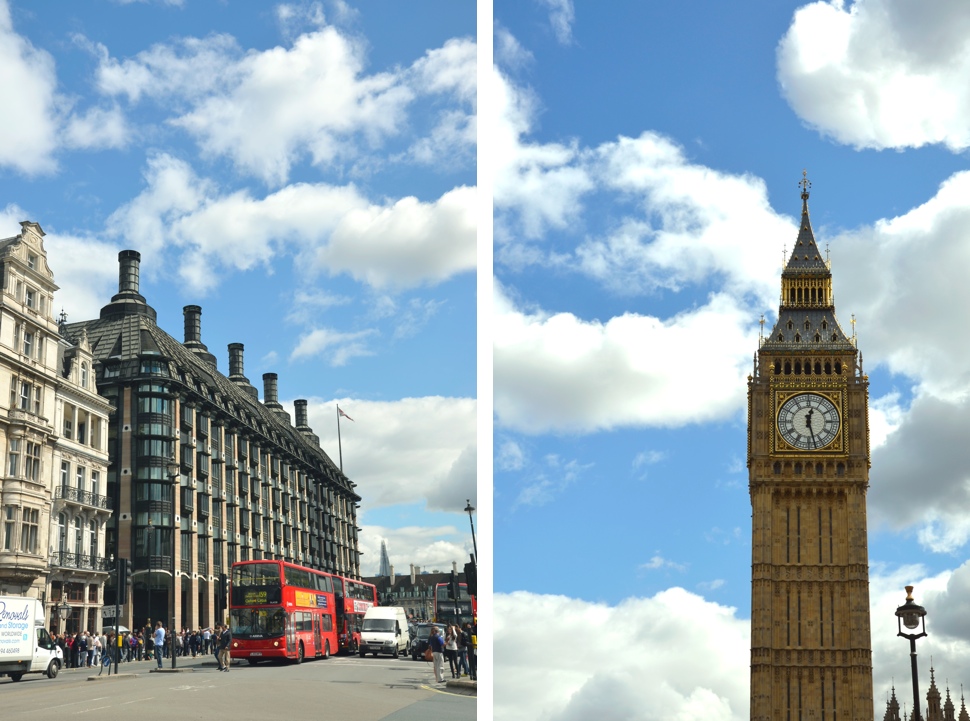 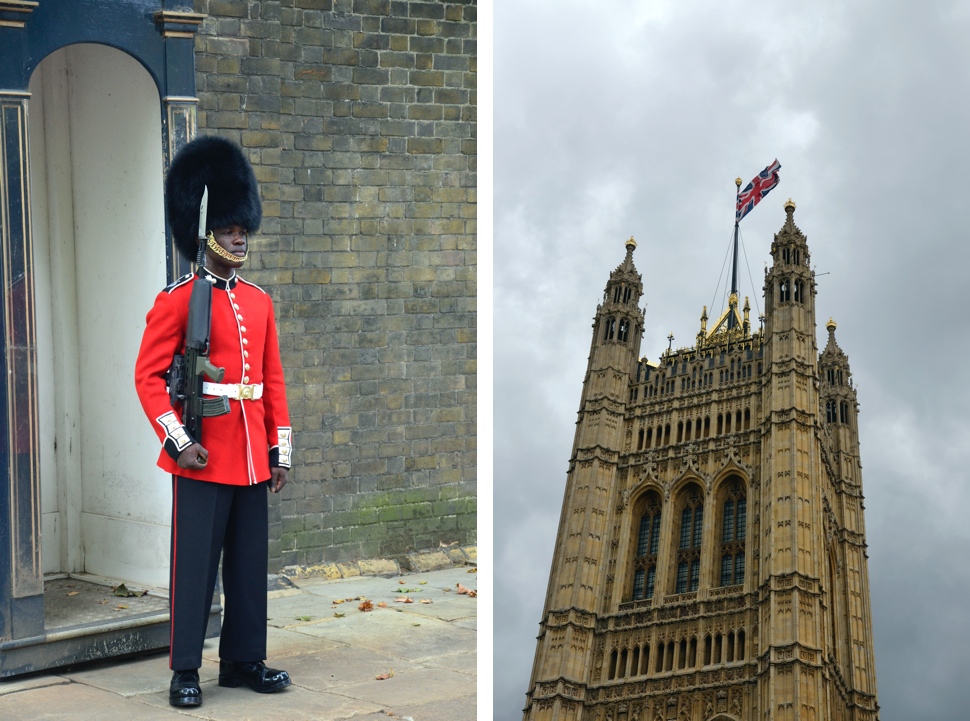 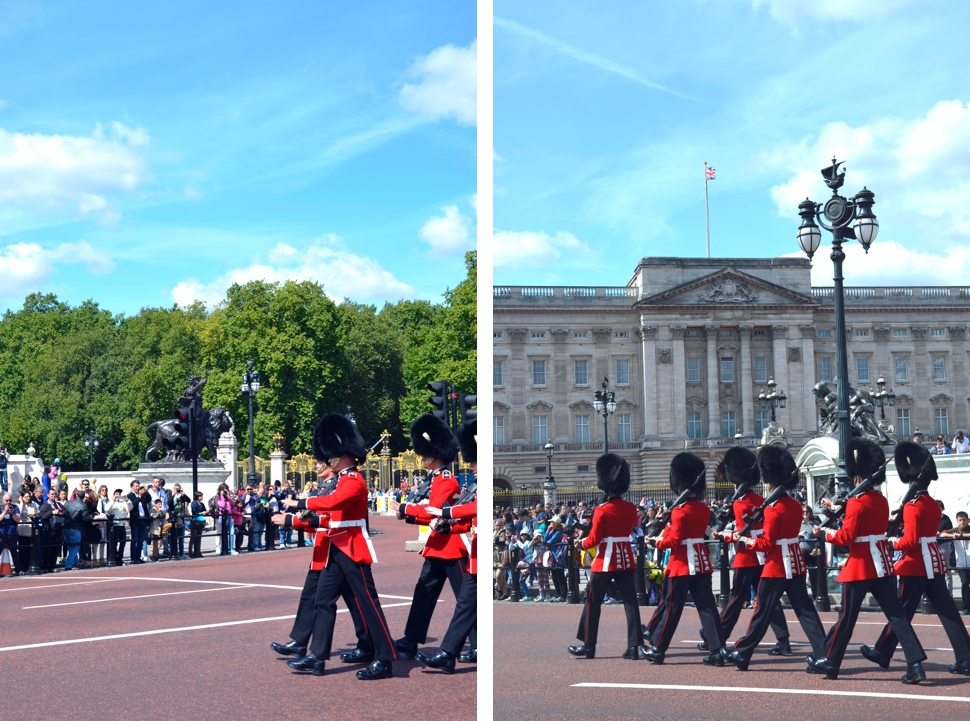 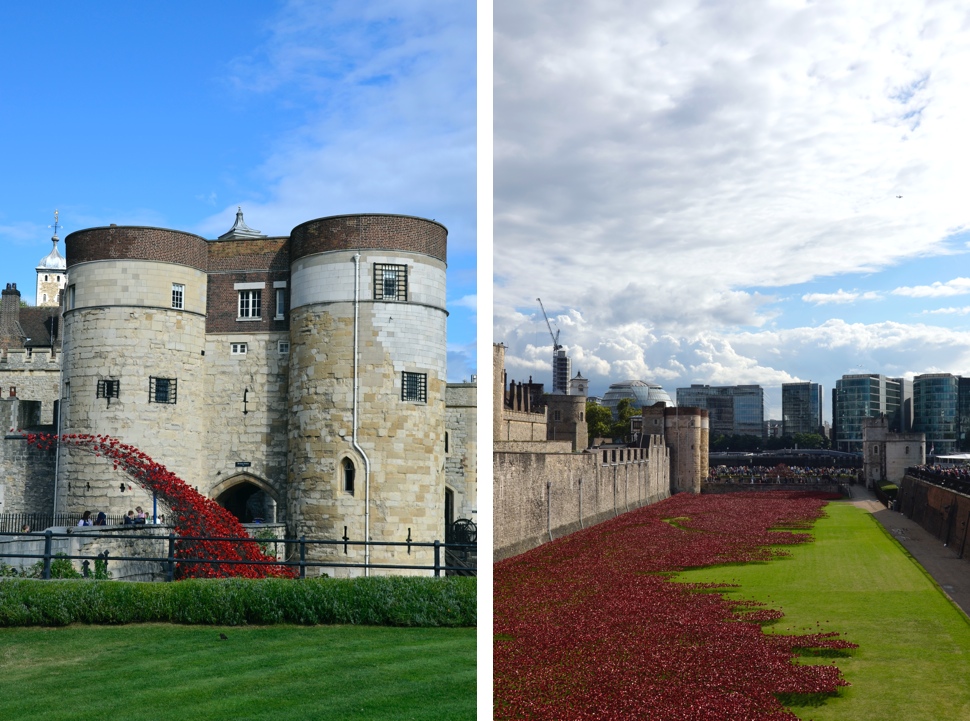 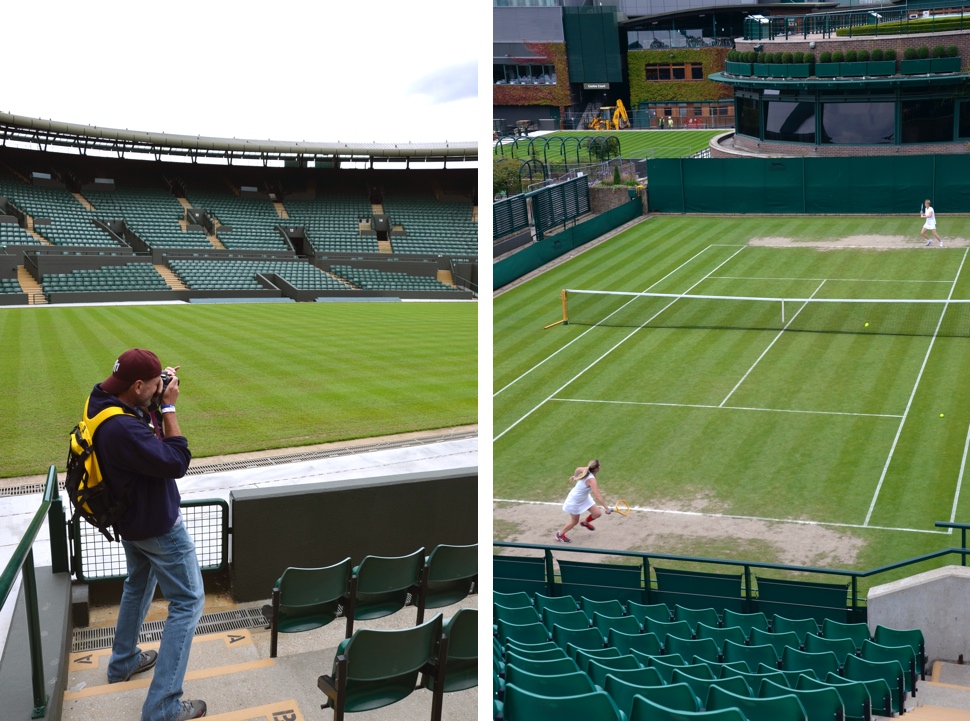 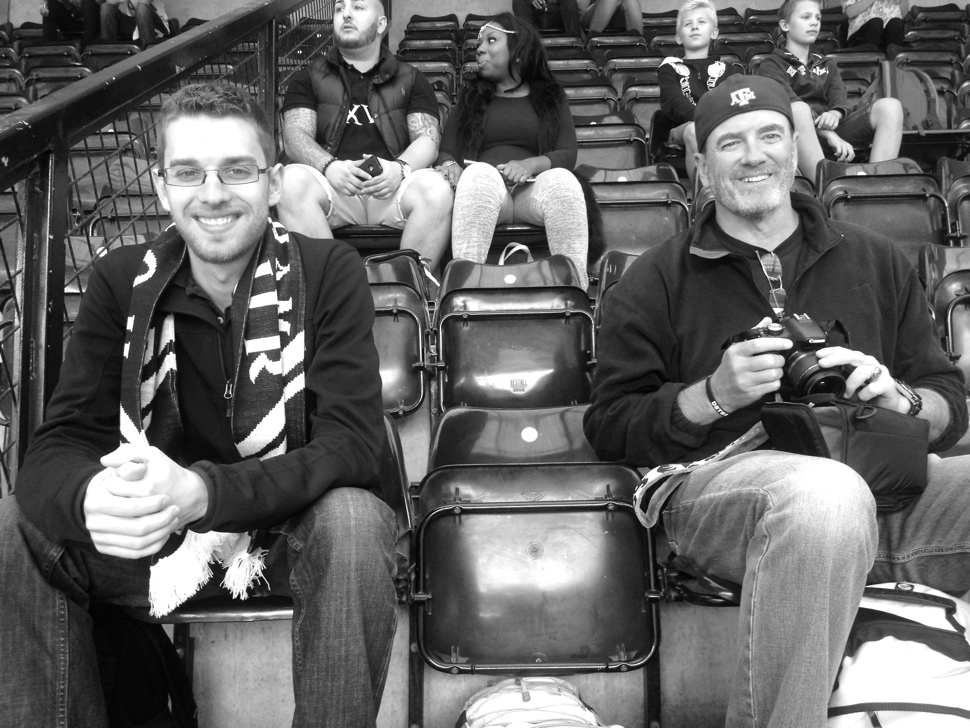 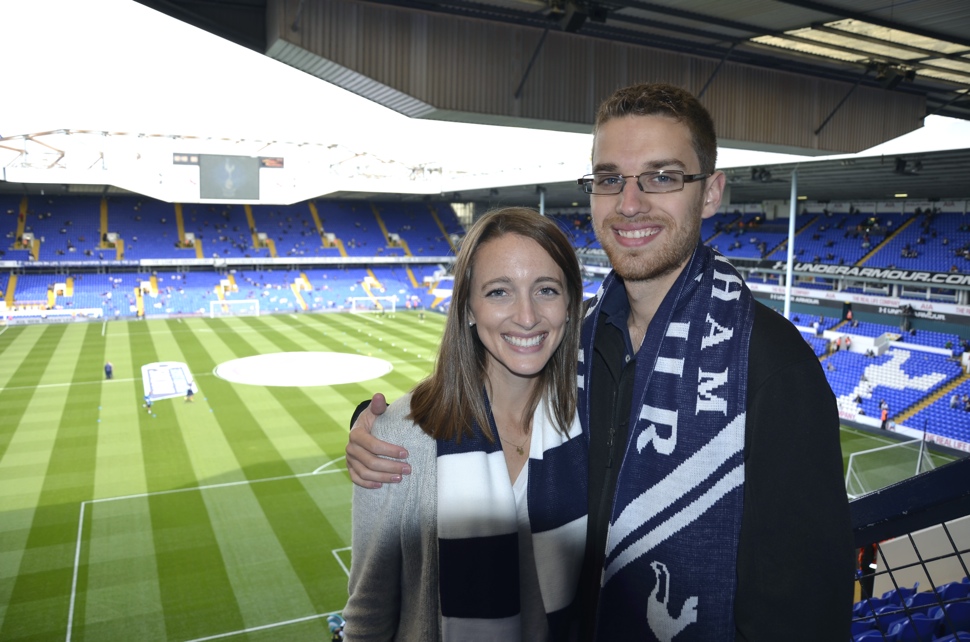 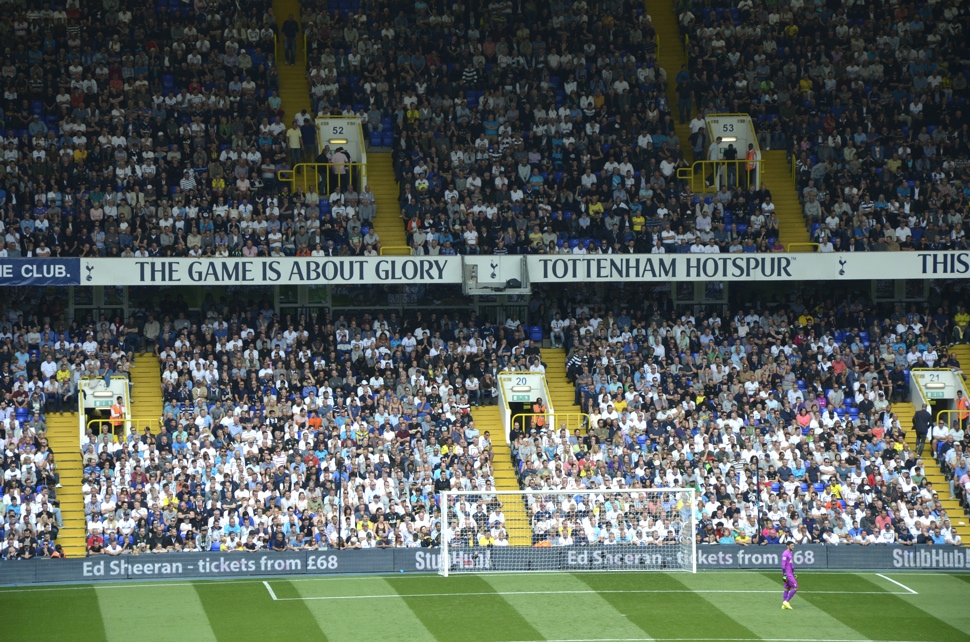 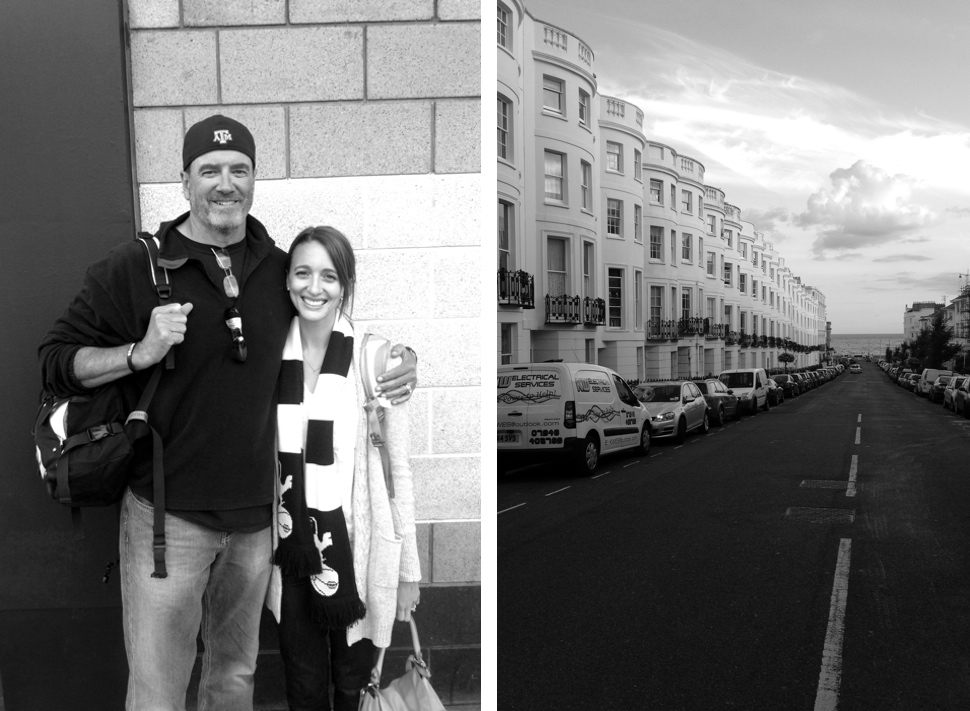 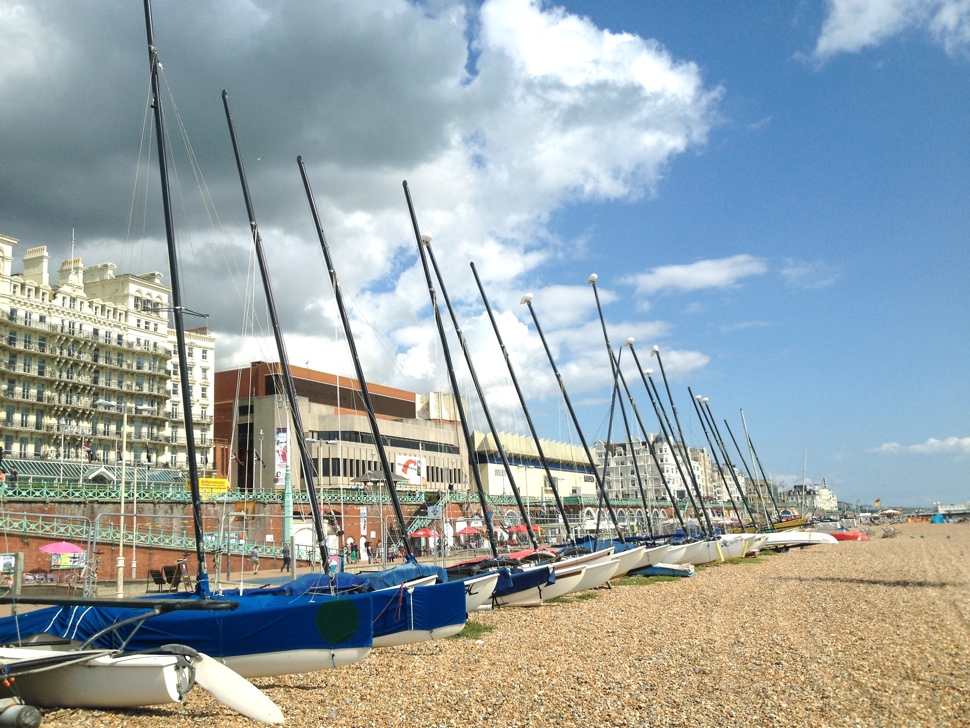 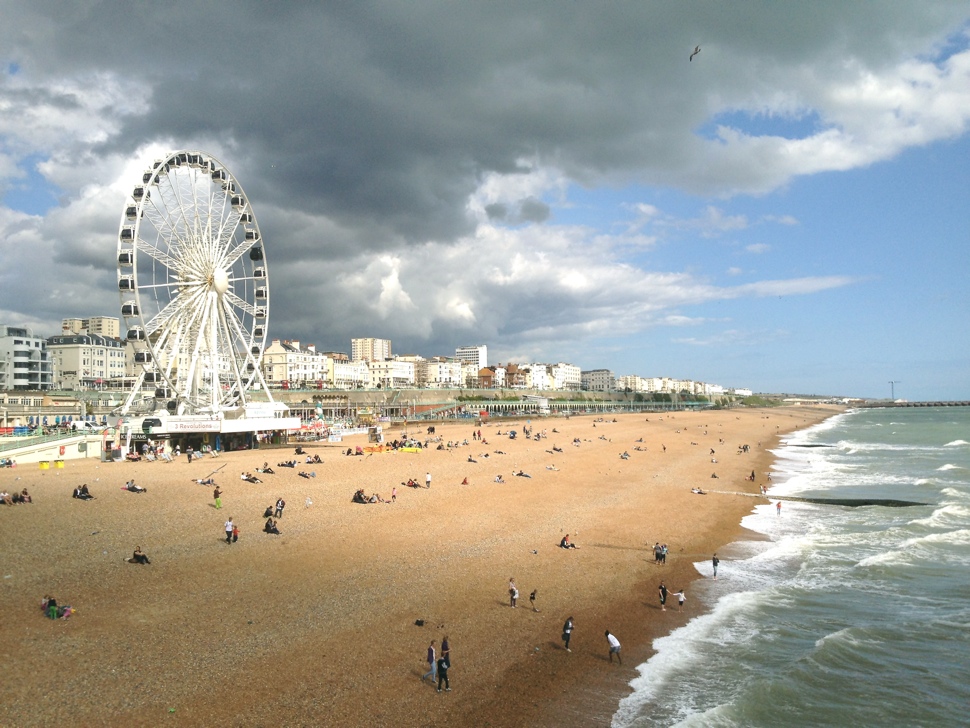 Everything’s funnier in a British accent, don’t you think? I’m that person that turns around and giggles every time someone says “Cheers!”, even when it’s the 274th time I’ve heard it in a week. But you know what really gets me…little British children. I mean, can you think of anything cuter than a three year-old telling his mummy that he thinks going to the zoo this afternoon is going to be quite lovely? That’s because there isn’t. Nothing tops that. Our days were filled with practicing of our own British accents every chance we got, which was quite often. I’m not sure if everyone else got quite the kick out of our constant impersonations as we did though.

There is so much history in London, and all of England, you could be there for months and still not see everything. We tried to see all the major tourist sites, while making sure we penciled in plently of time to explore slowly (ie., our weekend in Brighton). It was so fun wandering around London with my dad on his first trip to Europe; we had some good quailty father-daughter time. I think this trip may have hooked him. He'll be back to Europe again.

On another note, I’ve decided that I’m going to start adding some “tips” to our travel posts. They’ll be some of our favorite things that we did/ate while we were there and maybe some helpful suggestions, so that others can learn from our mistakes.

Stay
We stayed in a neighborhood called Hackney, which is in East London. The area is more “up and coming”, meaning there’s some nicer areas right next to some not-so-nice areas. Hackney has some really nice restaurants and shops and it’s cheaper than staying in the center of London, but if you’re planning on going into the center everyday then I’d probably stay a little closer. The Tube has easy and convenient connections pretty much everywhere, but it can add some time to your day if you’re going far, especially during rush hours.

Best EATS
The Clapton Hart: Really good pub food and atmosphere. They only have a few things on their menu, but they’re all spot on. I recommend the Bean Burger. We went here twice during the 5 days we were in London, if that tells you anything.

Yum Yum Thai Restaurant: We had SO much food here and it was all delicious. But maybe don’t order a Seafood sampler and an entrée each, unless you’re really hungry, then you should, because your stomach and tastebuds will thank you.

El Olivo: My dad says these were the best tapas that he’s ever had. I don’t know how many times he’s actually had tapas though, so I’m going to vouch for them too. They were darn good. And what are tapas without sangria? Get it.

Favorite Thing(s) We Did
The Parliament House: I’ll admit, I thought this tour was going to be really lame (I’m pretty particular about tours), but it was actually very interesting. We did the audio tour and I’d say it was definitely worth it. It was very well organized and not very crowded (compared to some of the other touristy places). We learned a lot about the history and current happenings of the Parliment.

Football Match: If you're into football (soccer) and have a chance, go to a match. It's quite the experience, the hardcore/rowdy fans really get you into the spirit and you get a little taste of the strong culture around the sport.

More Tips
Remember that England likes to be a little unique and has different outlets than the rest of Europe, so make sure you check that you have the right adapters when you go (i.e., be smarter than us).

Stay
Regency Lansdowne Guest House: Mike, the owner of the B&B, was so incredibly kind and accommodating and prepared a yummy breakfast every morning. The rooms were very nice and Mike provides you with everything you need…even outlet adapters, for those, ahem, forgetful travelers. The house is actually located in Hove, but Brighton and Hove are neighboring towns situated right next to each other. We walked from our B&B in Hove all the way to the Brighton Pier (and we weren’t huffing and puffing when we got there). An extra plus is that the beach is just a 2 minute walk down the street! You can see it from the steps of the house.

Best EATS
Archipelagos Taverna: Some good Greek food can be found here. I got a Greek salad and an order of baked white beans. I know, it doesn’t sound all that enticing, but my husband and dad practically ate all the beans off my plate, that’s how good they were.

Favorite Thing(s) We Did
Take a walk along the beach! We started in Hove (from our B&B) and strolled down the shore, stopping to listen to outdoor karaoke and watch the street performers, until we got to Brighton Pier. Then we cut back up through the town, winding through the side streets decorated with millions of shops. Seriously, millions. Then, come evening time, buy yourself a bottle of wine and some sandwich fixin’s and make your way back out to the beach and enjoy the sunset over the water. It’s all about the beach here.

More Tips
If you are looking for a weekend escape, this is the place for you. There’s not many sites to see, but there’s plenty of restaurants, shopping and shoreline waiting for you. We didn’t experience the nightlife, but it looked and sounded like it was pretty lively, at least on the weekends. Cute little town overall.