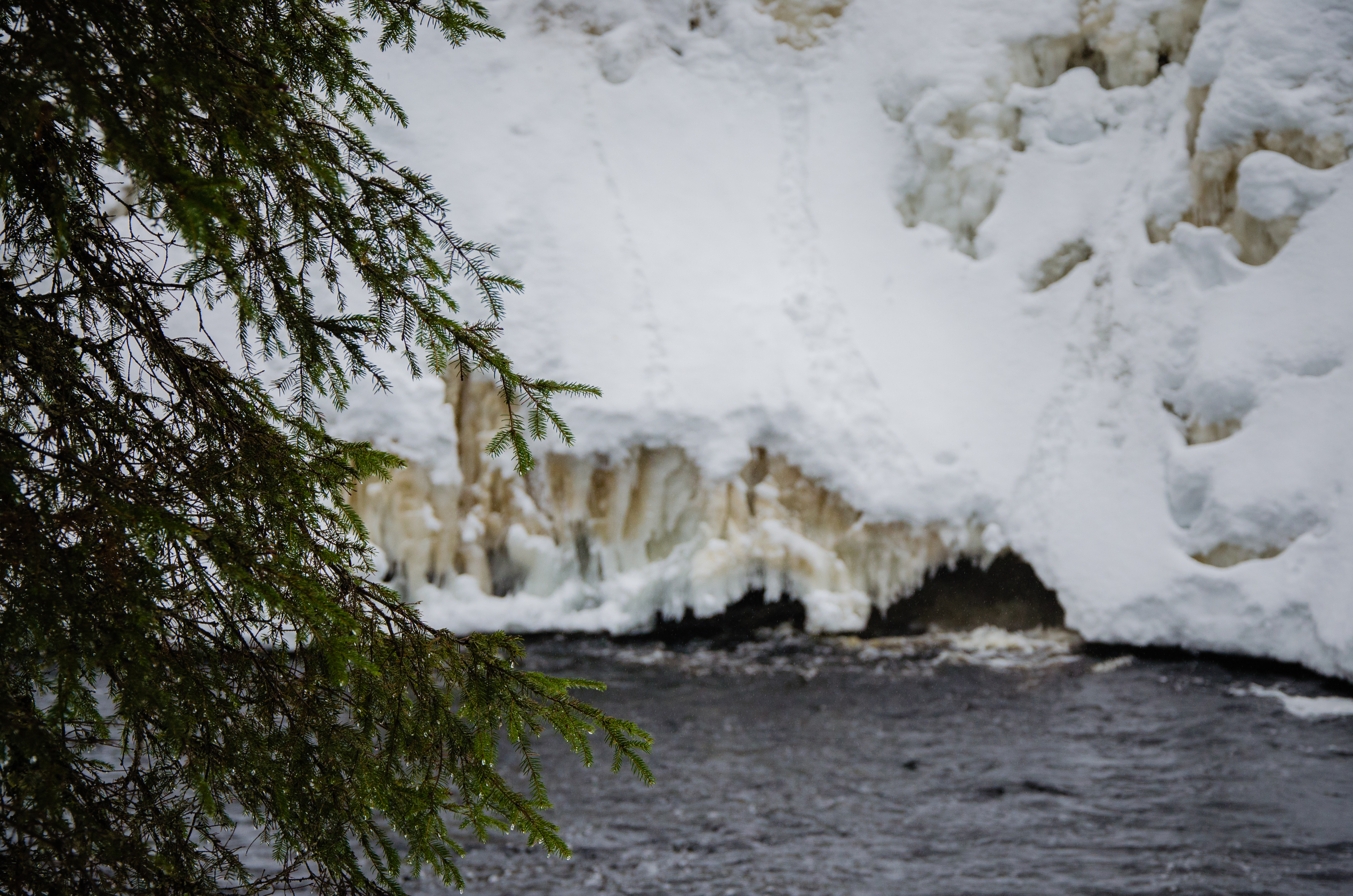 A quick double check that we packed everything - gloves, sweat pants and snacks (ya know, the essentials) - and we were out the door. With the addition of our bags, we filled the car to the brim (Scott cleverly using plastic grocery bags for maximum squish-ability). It was 6:30 am and we had almost 14 hours ahead of us before we would get to our cottage in Levi. I was lucky enough to sit in the most coveted seat in the car, back middle, where any move you make you’re almost guarenteed to be touching someone else around you. But I did have a straight shot of the open road, so there’s that. 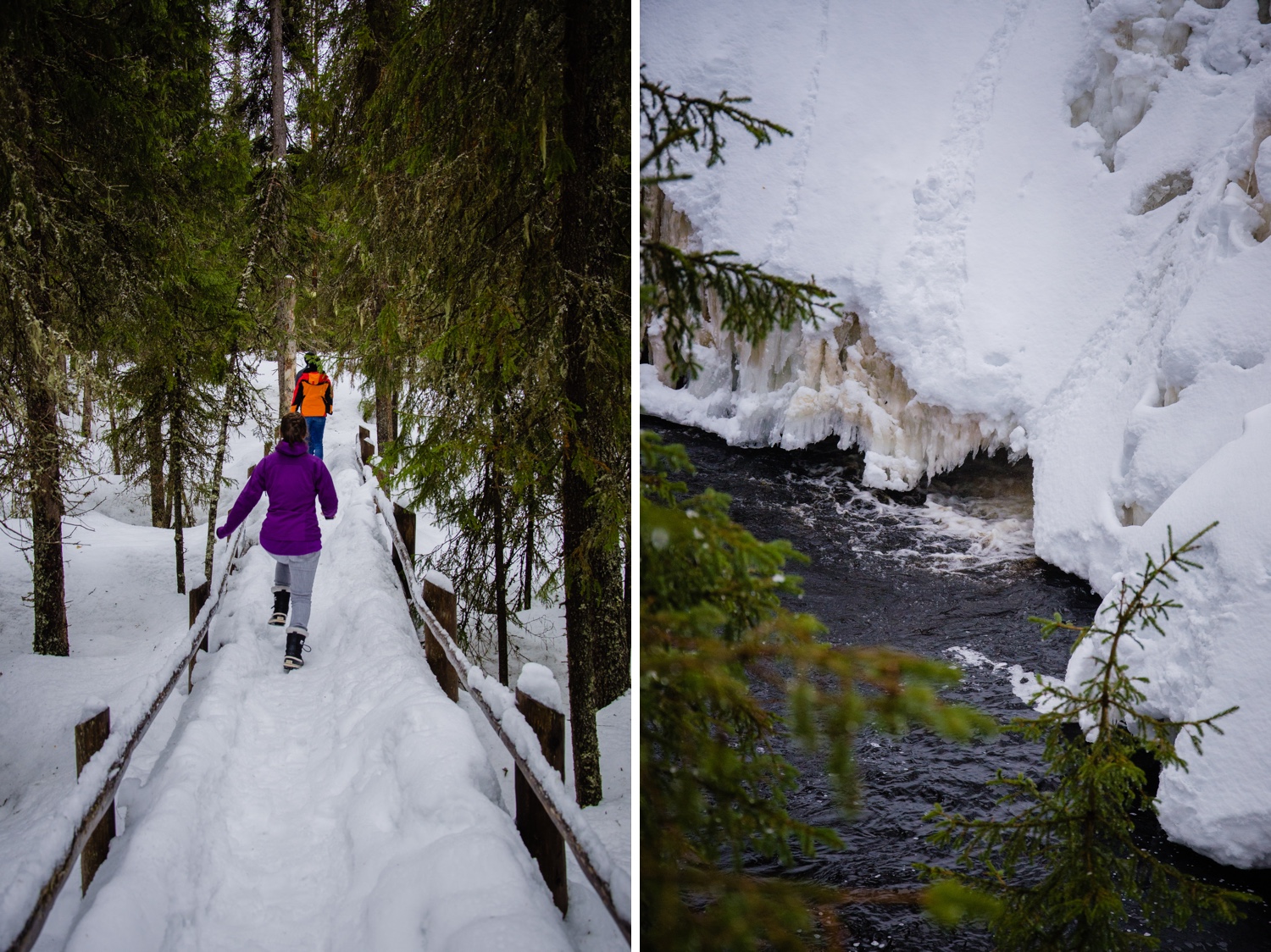 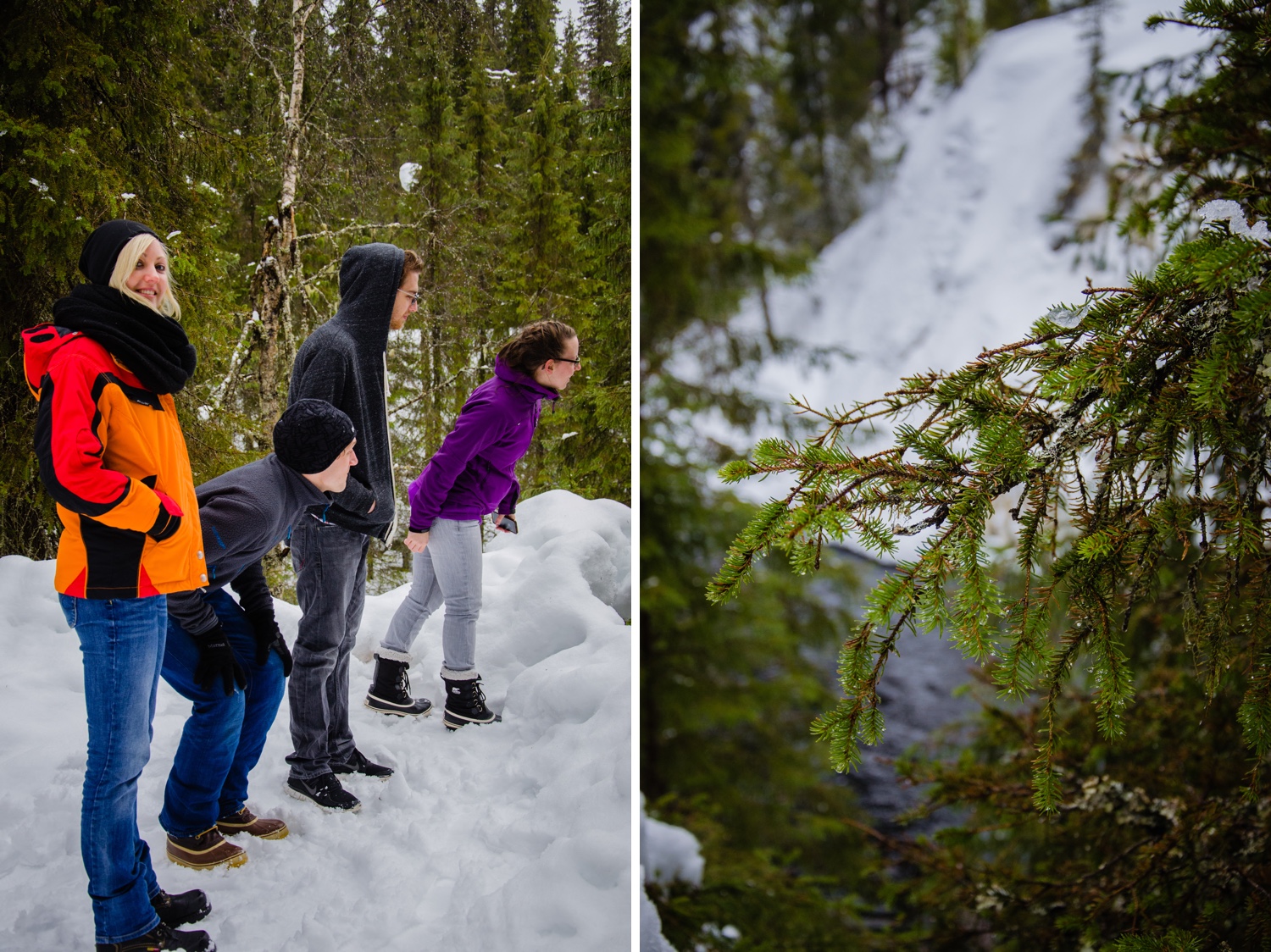 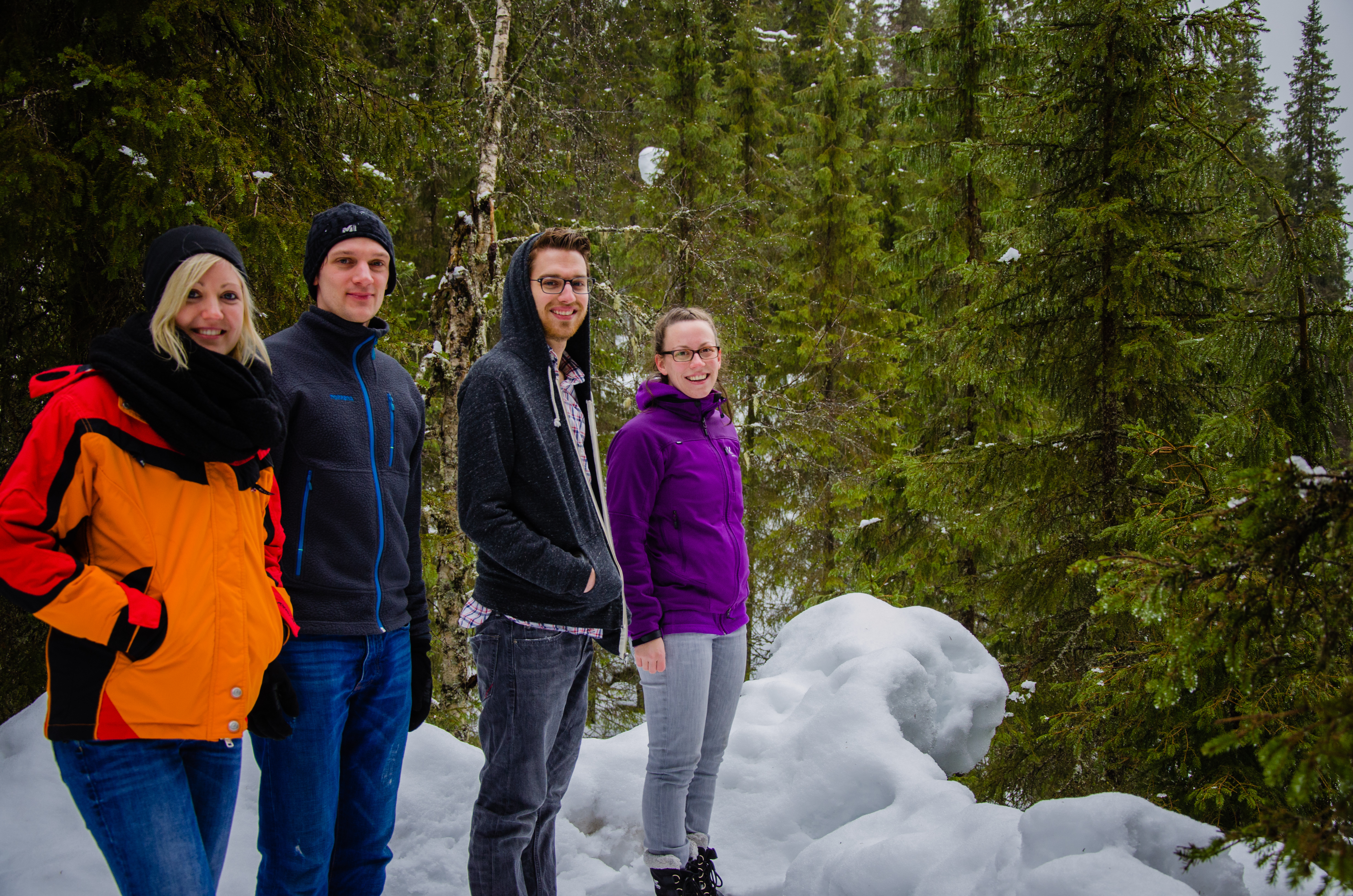 Our two drivers were experienced road trippers so they had planned out several stops along the way to break up the drive a little. About three hours in we stopped to check out an ice waterfall just off the road. From the car, we walked through the forest about 1 km to the waterfall. The recent rise in temperature had thawed out the ice just enough so there was actual water flowing.

The next stop was Santa’s village. How can you drive through the village and NOT stop to hang with Santa? It was the end of his work day so we caught him with a remarkably short line. Chatting with St. Nick for a couple of minutes gave us just enough energy to push through the last leg of the drive. 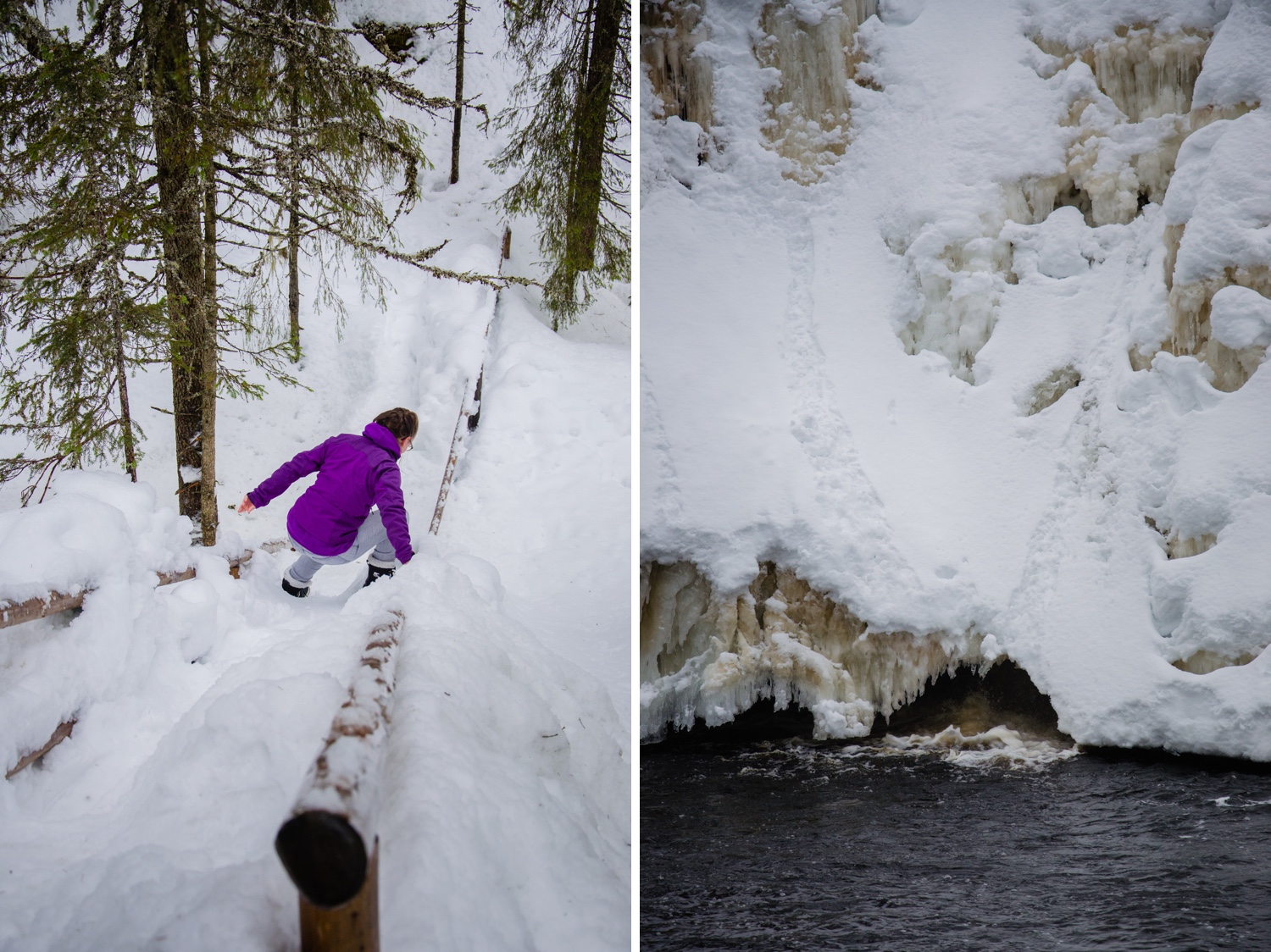 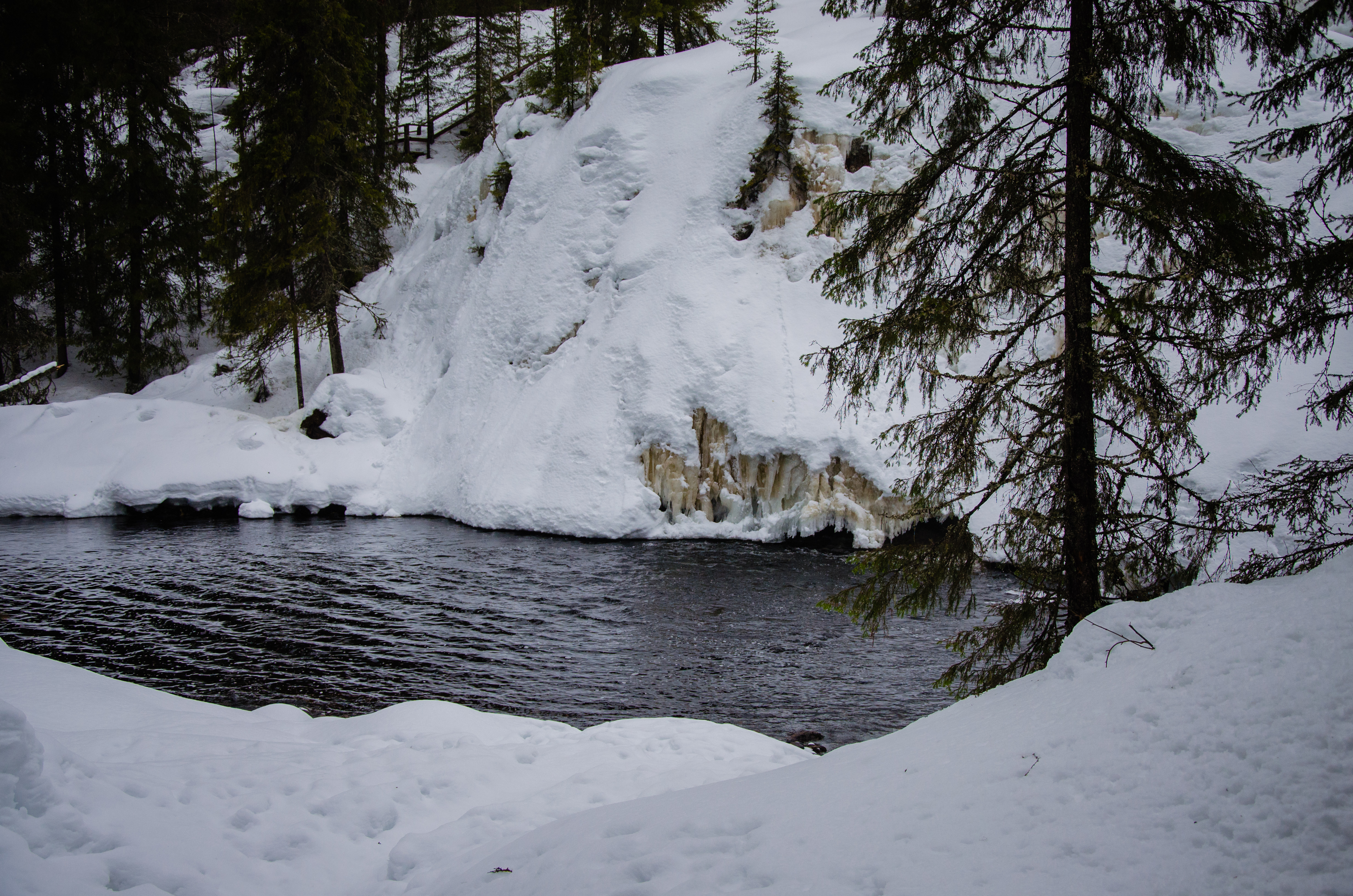 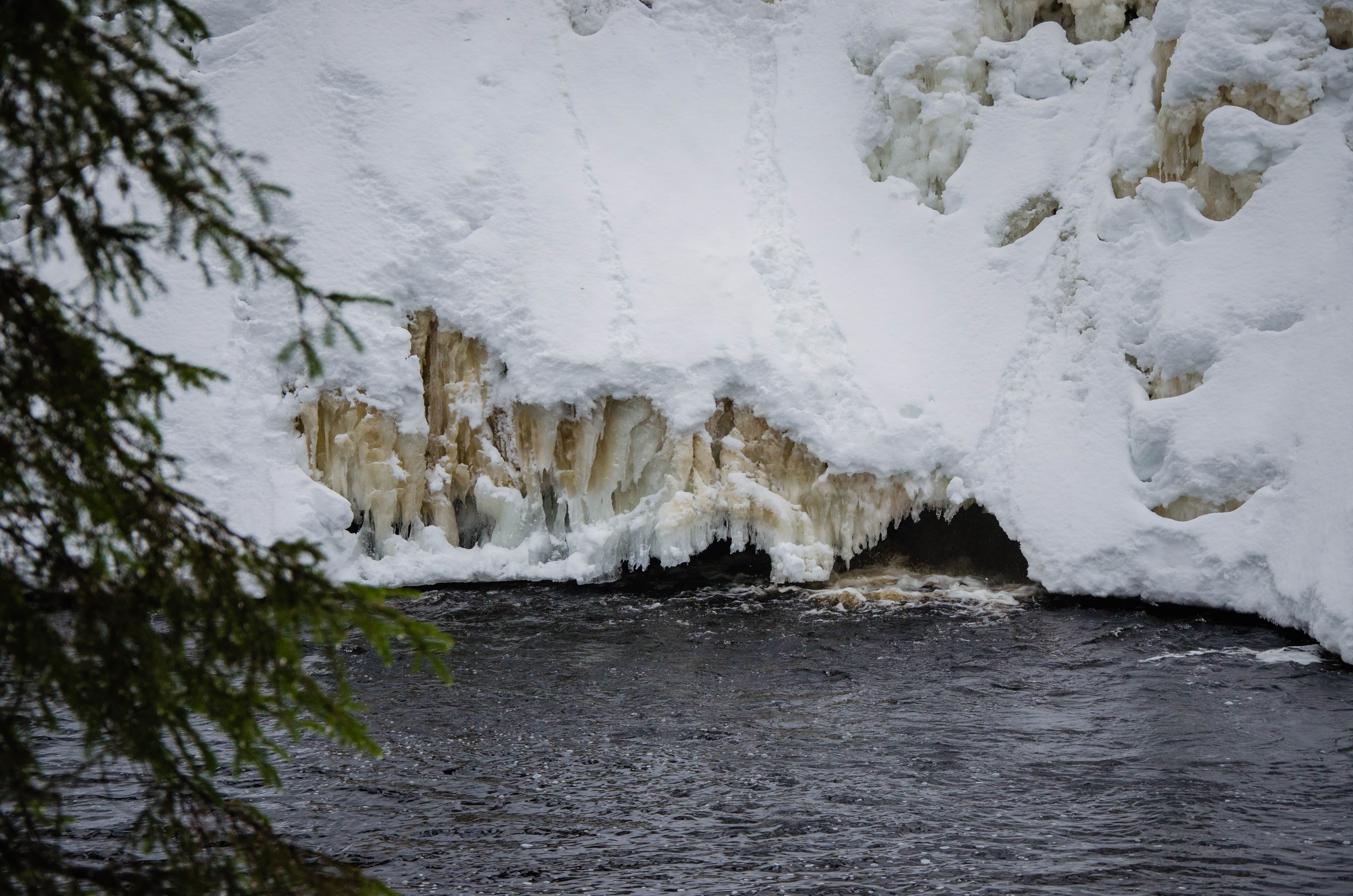 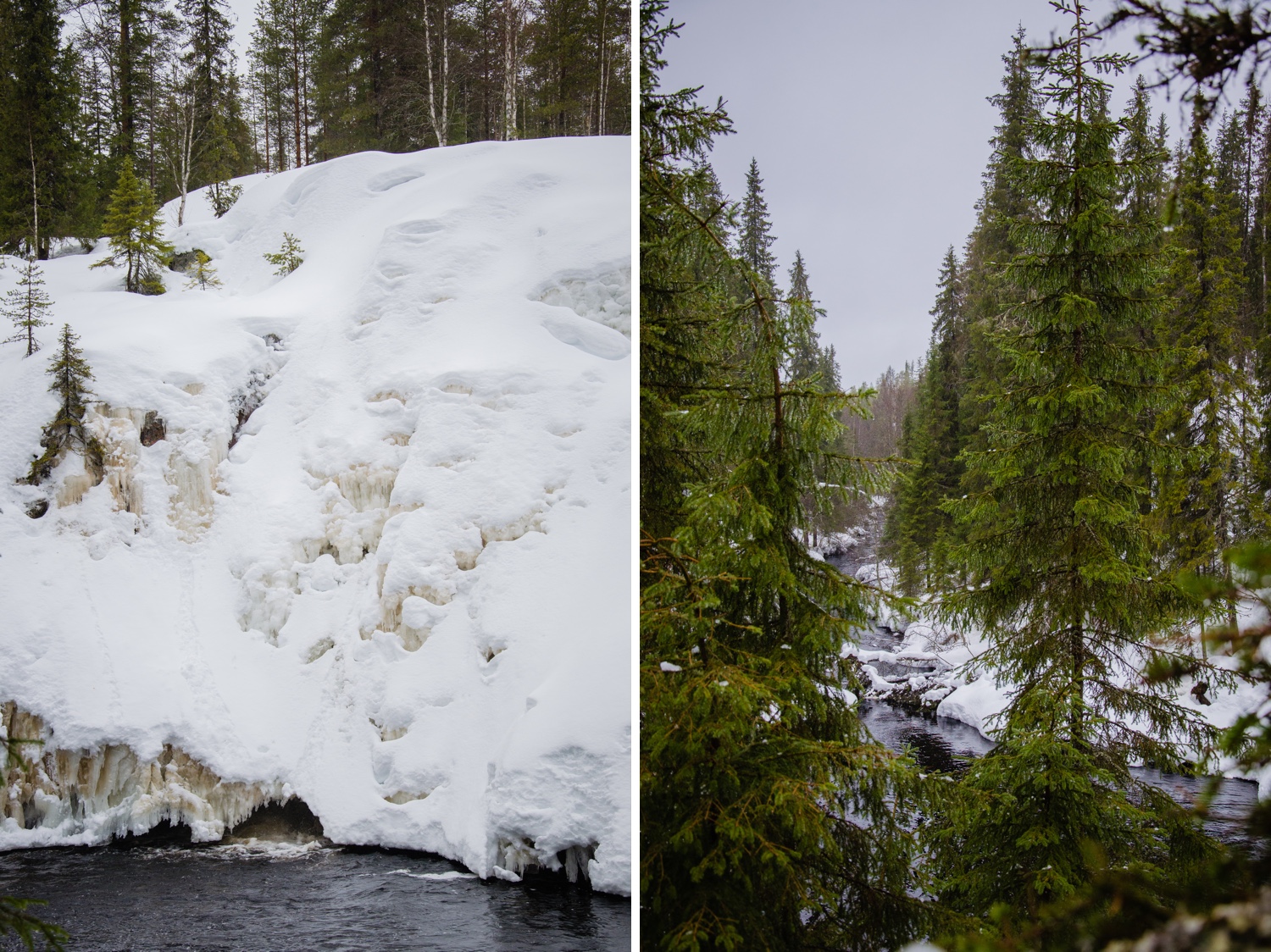 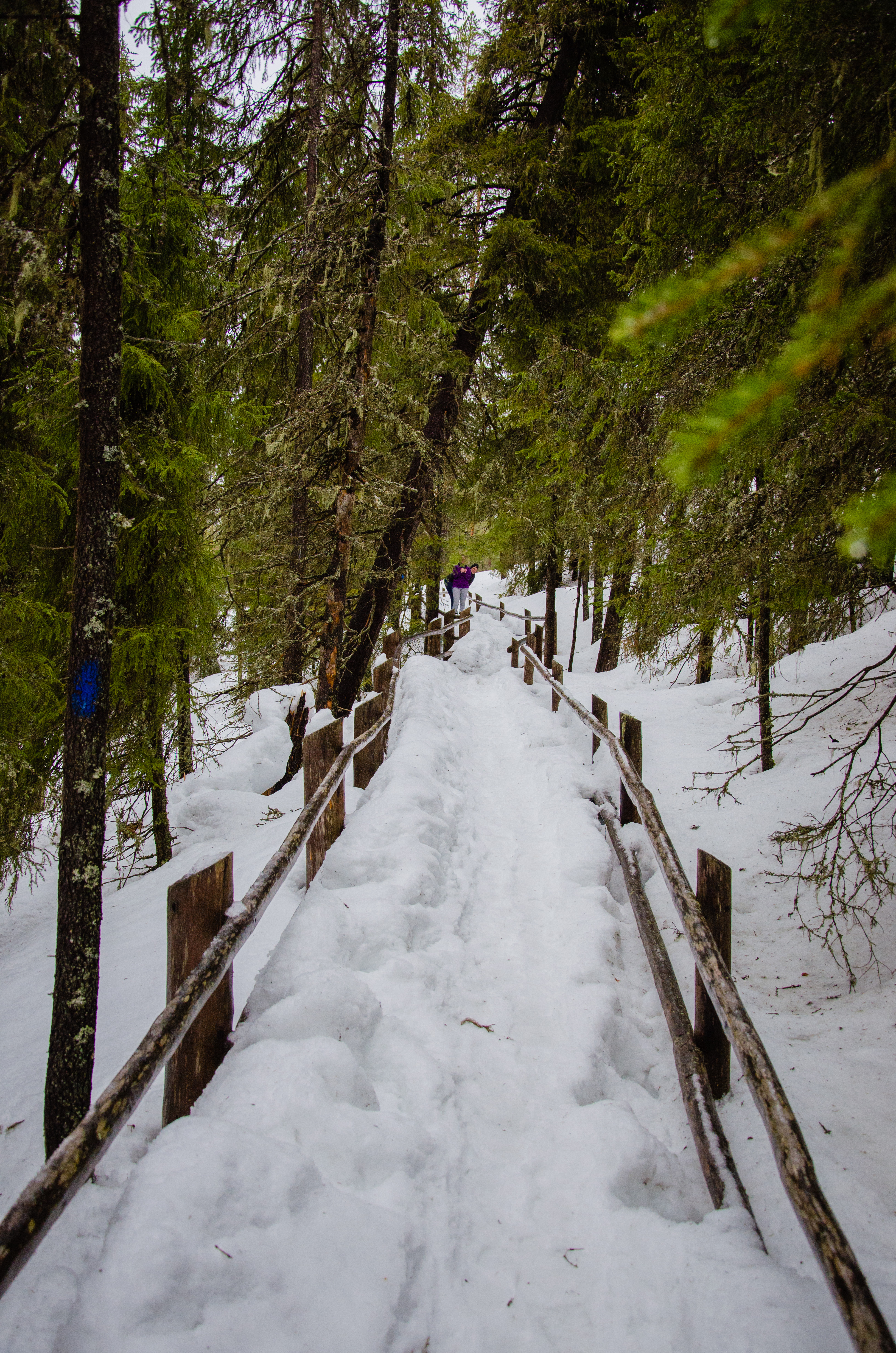 The entire trip we had our eyes peeled for roaming reindeer, but none were to be seen. Then in the last two hours, while we were trying to entertain ourselves with an exceptionally long game of Celebrity, we caught a glimpse of one dashing out of the woods. Not long after that, as we were driving down a dark road, we spotted the Northern Lights out the window! Of course we had to pull over to marvel at them for a while and talk about how awesome it all was. Someone even joked that we had basically seen it all so we could just turn around and go back home. But after 12 hours of being in the car, that wasn’t something to joke about.

Next up: Levi mountain.