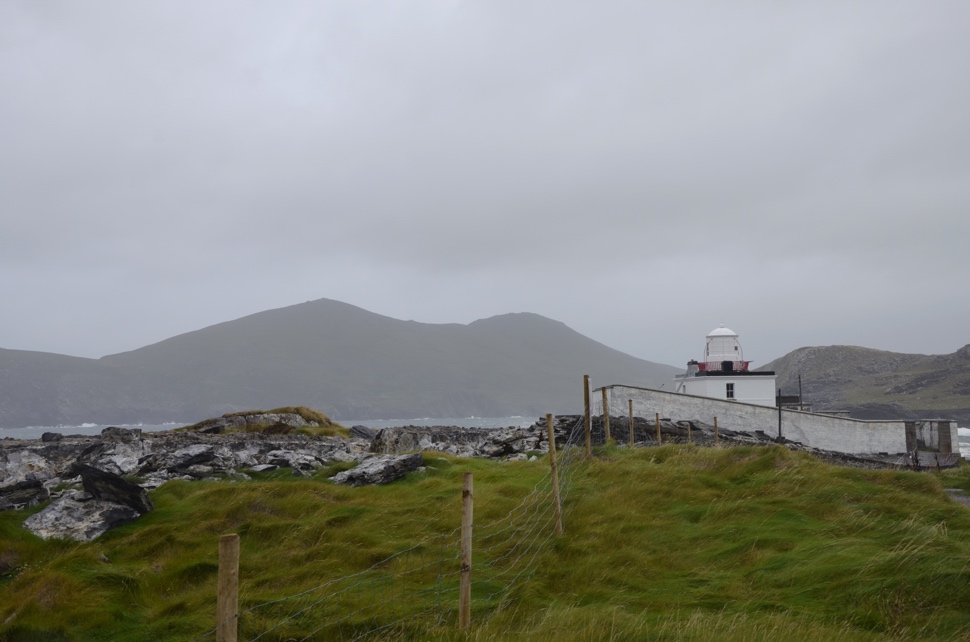 EAT
Everything we ate in Ireland was pretty heavenly. We spent most of our time in small towns so there were only a limited number of restaurants to pick from, but I don’t think you can go wrong. Seafood on the west coast is abundant.

The Long Dock (in Loophead): This the restaurant that we were looking for when we ran into the cute little Irish children riding their bikes. They serve tons of locally caught seafood. The seafood chowder is uh-mazing (Scott ate seafood chowder at every restaurant we went to and he vouches for this). Make sure to check out their craft beer list!

Ashe’s Bar & Restaurant (in Dingle): Another great seafood restaurant in the heart of Dingle (embrace the seafood). The first time we tried to go for lunch and it was packed, which is always a good sign. We made sure to come back extra early the next day to get a table. If you order the lobster they take you over to their tank and let you pick out which lobster will end up on your plate!

Idas Restaurant (in Dingle): This would be a great choice if you were in the mood for a slighter fancier (and more expensive) restaurant. If you get there before 6:00 you can order from their early bird menu, so I would recommend making plans for an early meal if you’re going for dinner (this was not a problem for my dad). 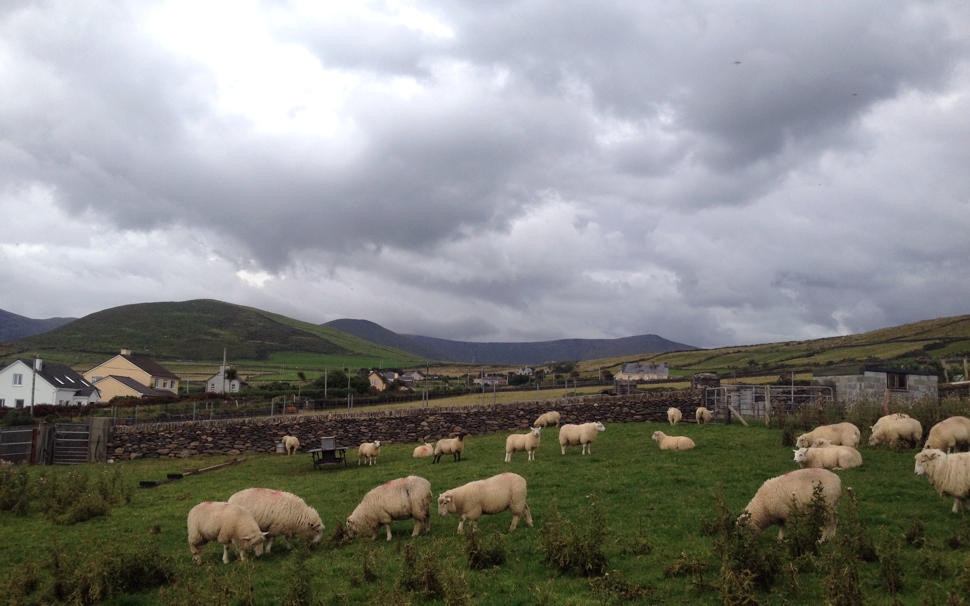 STAY
The west coast of Ireland is all about the B&B’s. You can find some really great, affordable places in all of the small towns. Plus, you get to enjoy a traditional Irish breakfast and get insider tips from the owners.

Waters Edge B&B (in Kilkee): We started out with this winner of a Bed and Breakfast on our first night. The inside is so cute and the rooms are fantastic. It looks out over the water so you get to fall asleep to the sounds of the ocean. Kilkee is a really small town so you only have to walk about 10 minutes to get to the few restaurants and shops in town. We only stayed one night here and we spent most of the day in Loophead, which is definitely worth the trip.

Duin House B&B (in Dingle): The couple that owns this B&B was so warm and welcoming. They greeted us with tea and crumpets (I don’t really even know what crumpets are, I just couldn’t not call them that). They provided us with maps and gave us great recommendations of things to do while we were in Dingle. The rooms have everything you need AND there are sheep next door. So you will awake with a lovely wake up call from the sheep (it really adds to the whole experience).

Ocean View B&B (in Cahersiveen): This B&B was nothing fancy, but was perfect for a one night stay. We arrived too early for check-in, but our host was very accommodating and gave us some suggestions of things to do for the next few hours. 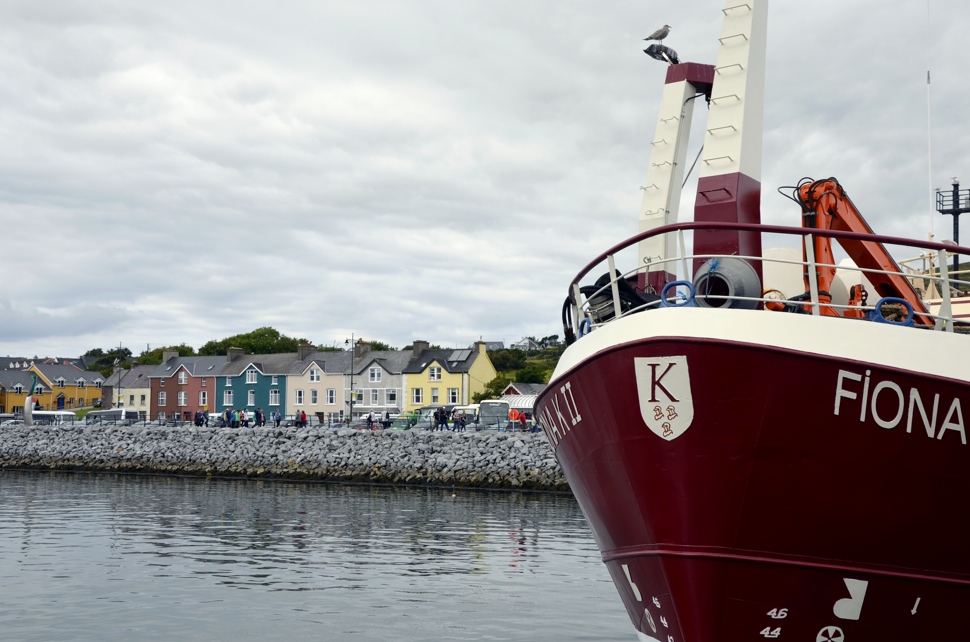 EXPLORE
Kilkee & Loophead: We didn’t actually do much other than eat in Kilkee. We mainly chose to stay there because it seemed to have more options and was a bigger town than Loophead. The main attraction here is the Loophead lighthouse and cliffs. We chose to stop here instead of Cliffs of Moher because it was more on our route and I read than it had less of a tourist crowd. It was humbling experience to stand on the edge of the cliffs, looking down at the vast ocean. You can also take a short tour of the lighthouse where you will learn about its history and how it is still in use today. While you’re in Loophead, take a walk through the town and have lunch at one of the family owned restaurants. If you’re staying in Kilkee, you could just take a half day to explore the town of Loophead.

Dingle: This was the biggest town that we stayed in on the coast and the one that we spent the most time in. We spent about two days here, which seemed to be just the right amount of time to get a good taste of the town. The first day we drove along the “Dingle Way”, which is a big loop around the area with several points of interest along the way. You could easily spend an entire day on this, taking your time at all the different points along the way. There’s so many places on the drive when the view changes and you’ll just want to stop to take it all in.

The town of Dingle is really cute too. There’s many different art galleries and craft shops that you’ll want to take a peek in. We probably spent half a day just walking around looking at everything. Also, this area of Ireland is one of the most highly populated areas of Irish speakers. (We learned that outside of Ireland the language is called Gaelic, but within Ireland they refer to it as Irish). If you’re driving along the Atlantic coast, I highly recommend spending some time in Dingle.

Cahersiveen: Valentia Island is just off the coast of Cahersiveen, which has some good hiking and sightseeing. It was really foggy the morning that we went so we didn’t get to see as much as we would have liked, but what we did see was incredible. The other thing that we would have really liked to do was hike Skellig Michael. Skilling Michael is another small island in the Atlantic Ocean where a Christian monastery was founded somewhere between the 6th and 8th centuries. The island itself is highly affected by the wether conditions in the Atlantic, which is why we were unable to go while we were there. It’s not an experience for everyone, as the hike up the rock seems to be pretty intense. But if you’re looking for an adventure, and the boats are running while you’re there, you should look into it. I still want to go back there someday. 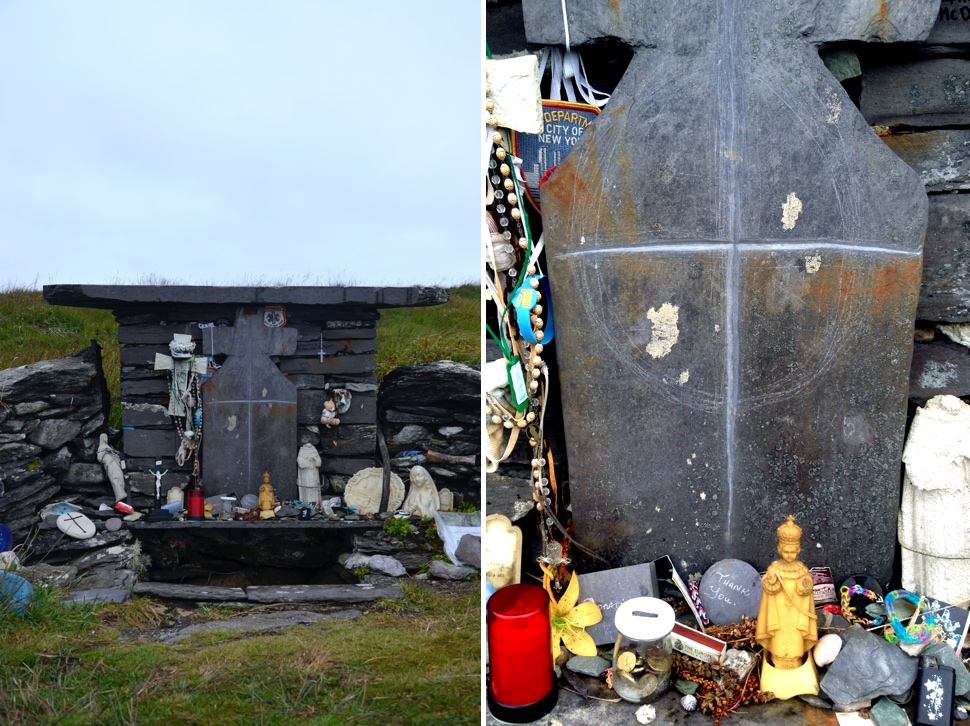 EXTRAS
Rent a car. From what I’ve read and seen, there’s not a very extensive public transportation system in Ireland, especially along the coast. It makes life so much easier because you decide when you want to move on to the next town and when you need an extra few hours. If you’re not used to driving on the left side of the road, it will take some getting used to, but completely do-able (so I’ve heard, I didn’t actually do the driving). Take the scenic route from town to town, there’s some incredible view along the way where you’ll want to stop and take pictures or just rest for a bit.