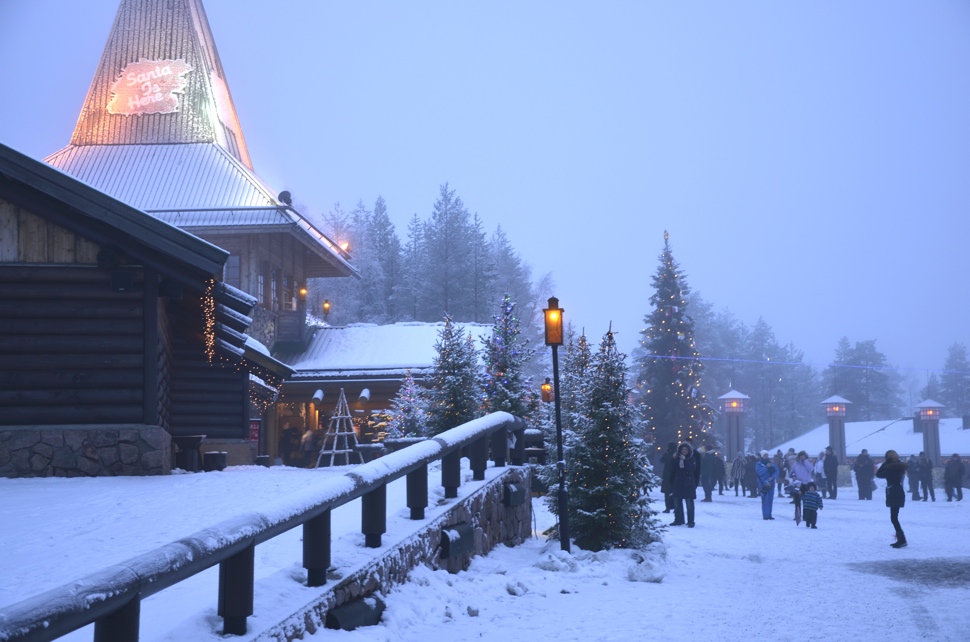 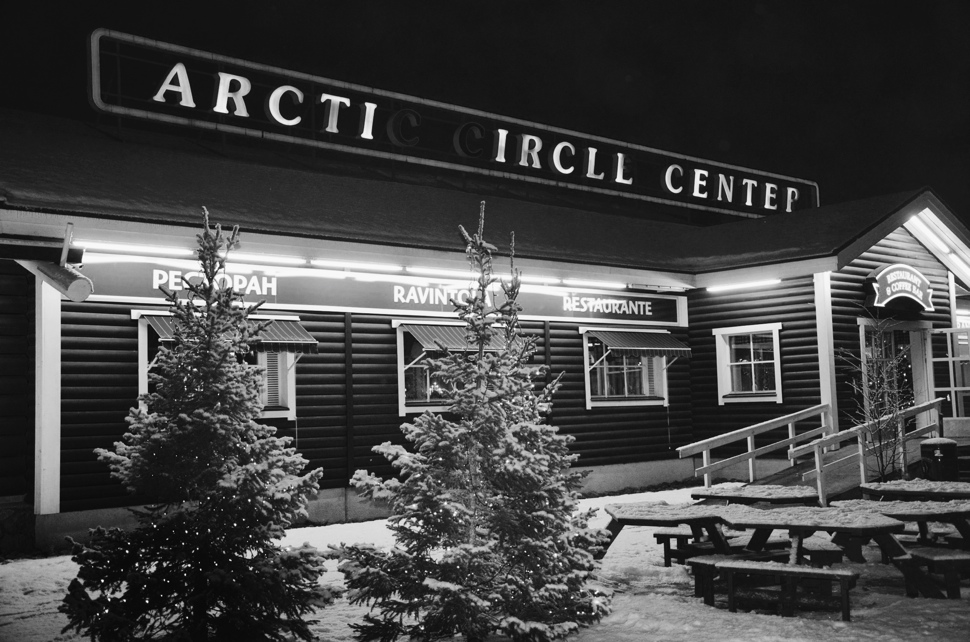 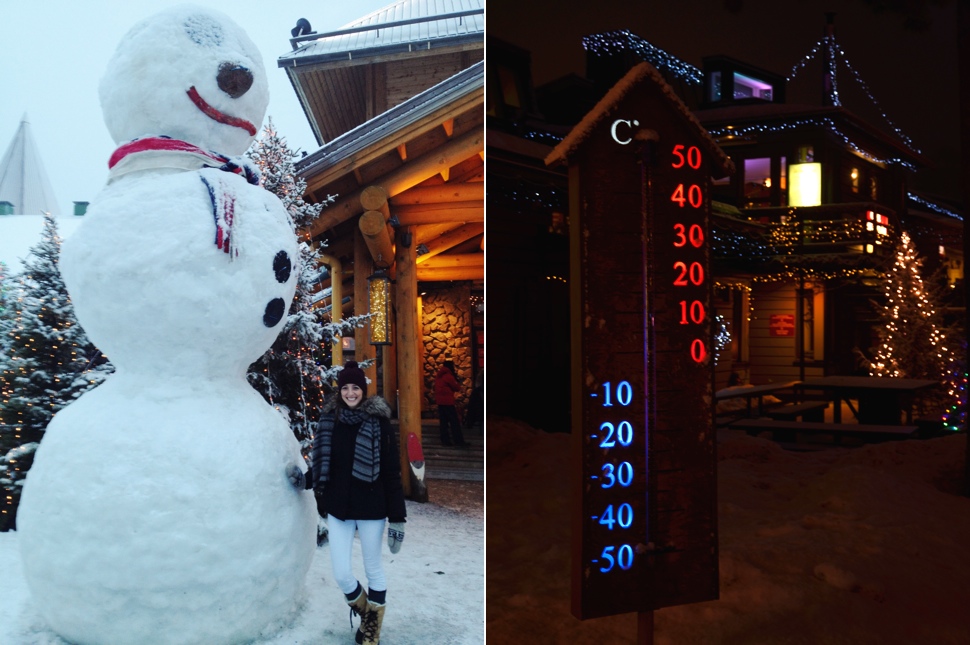 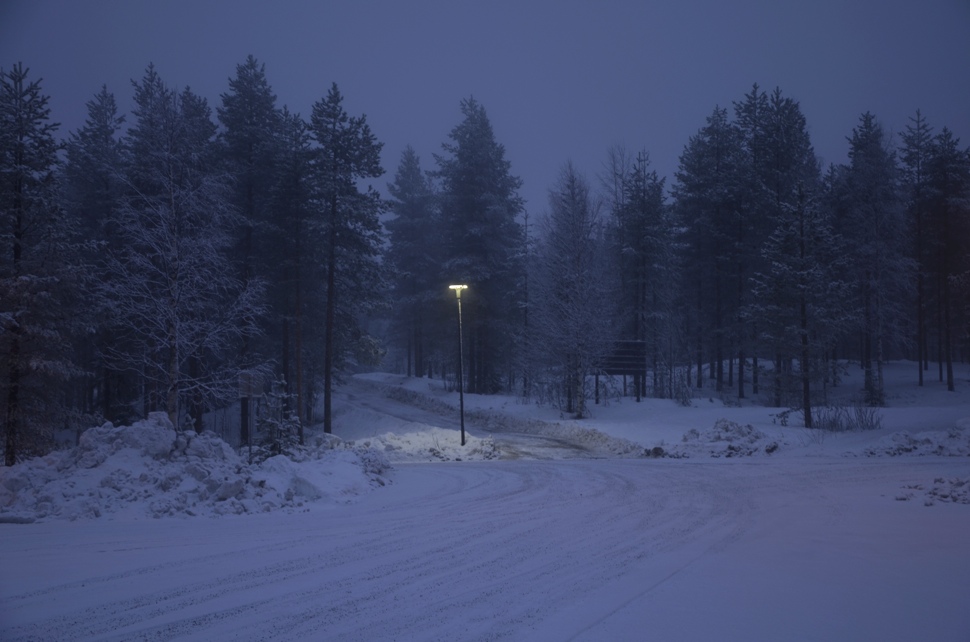 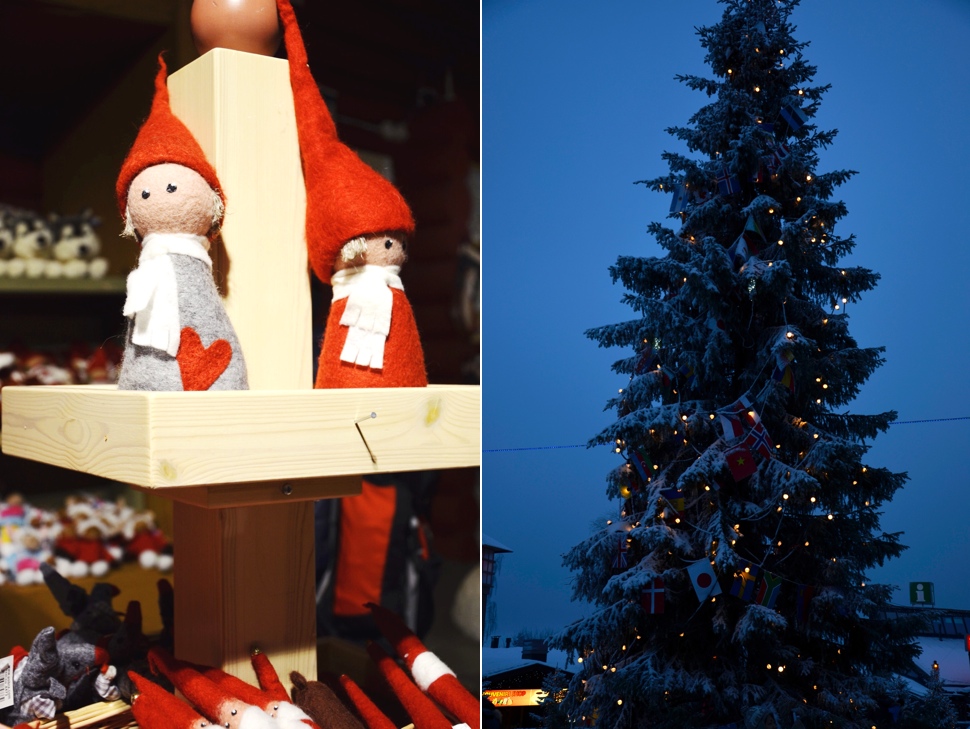 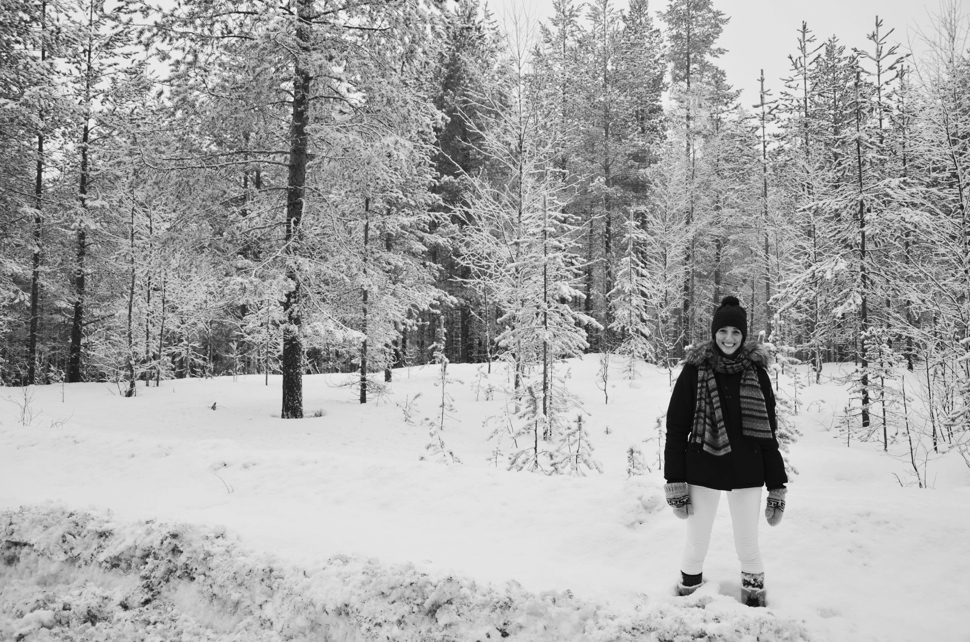 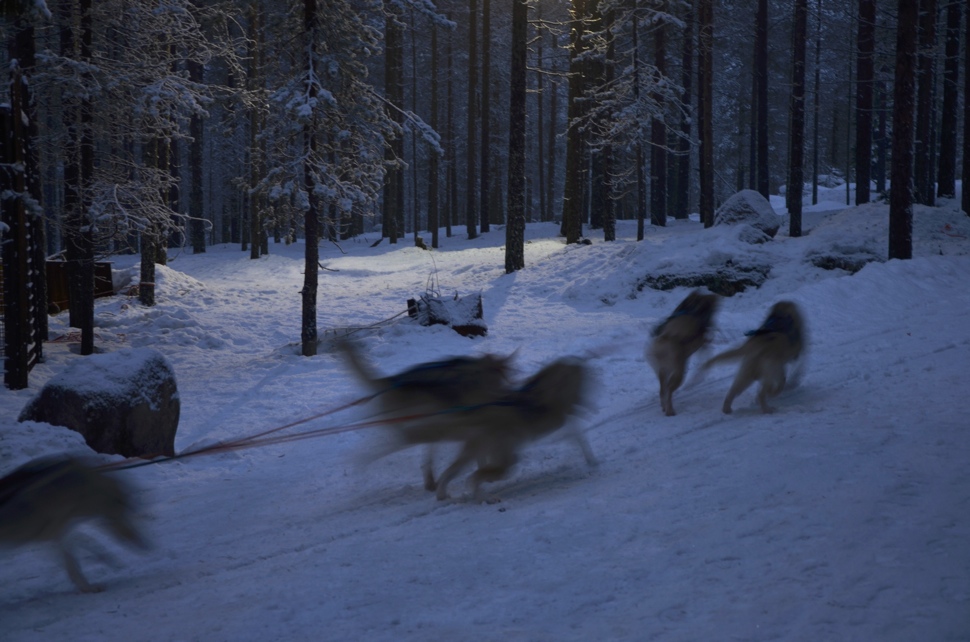 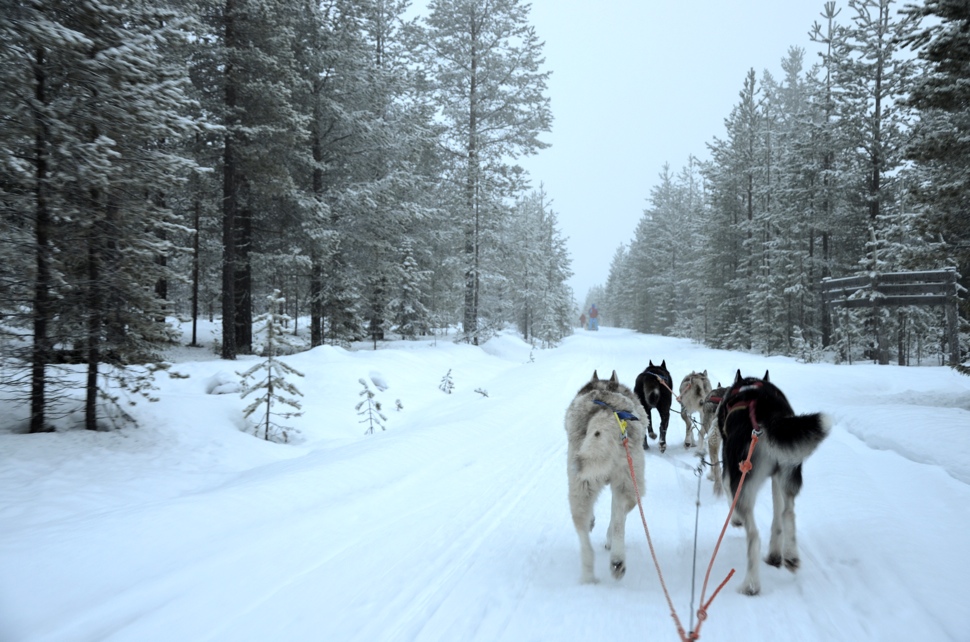 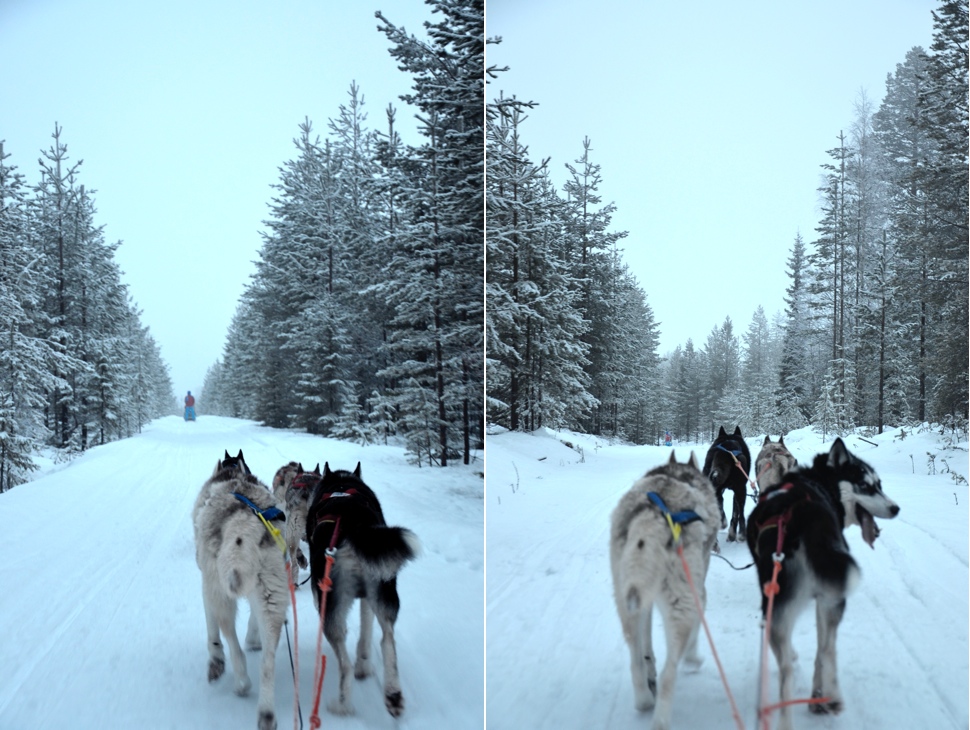 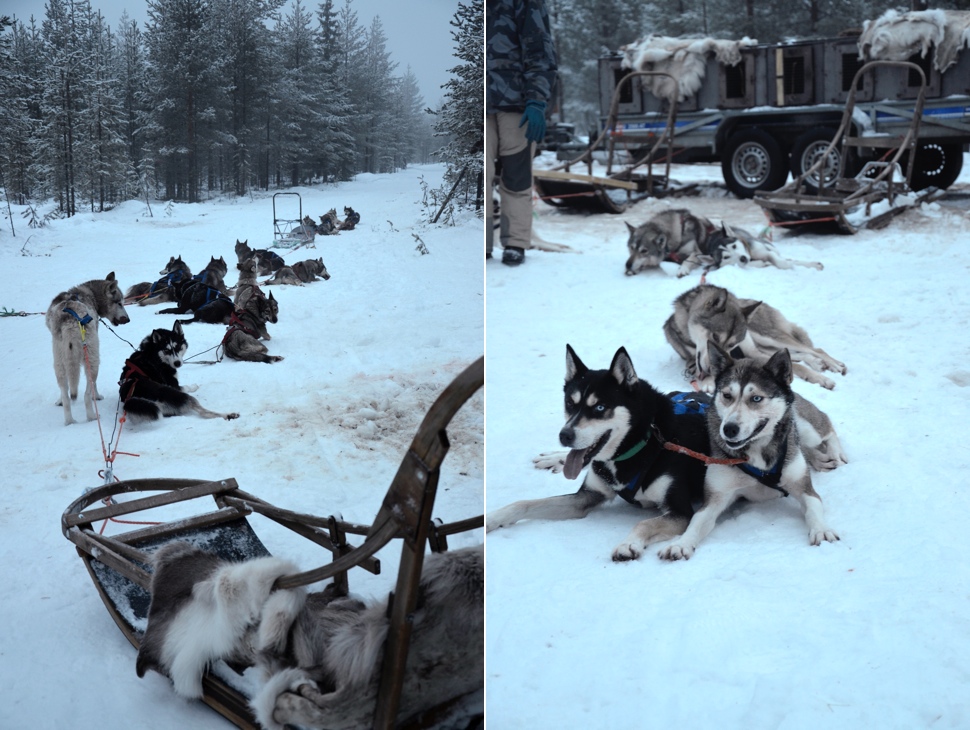 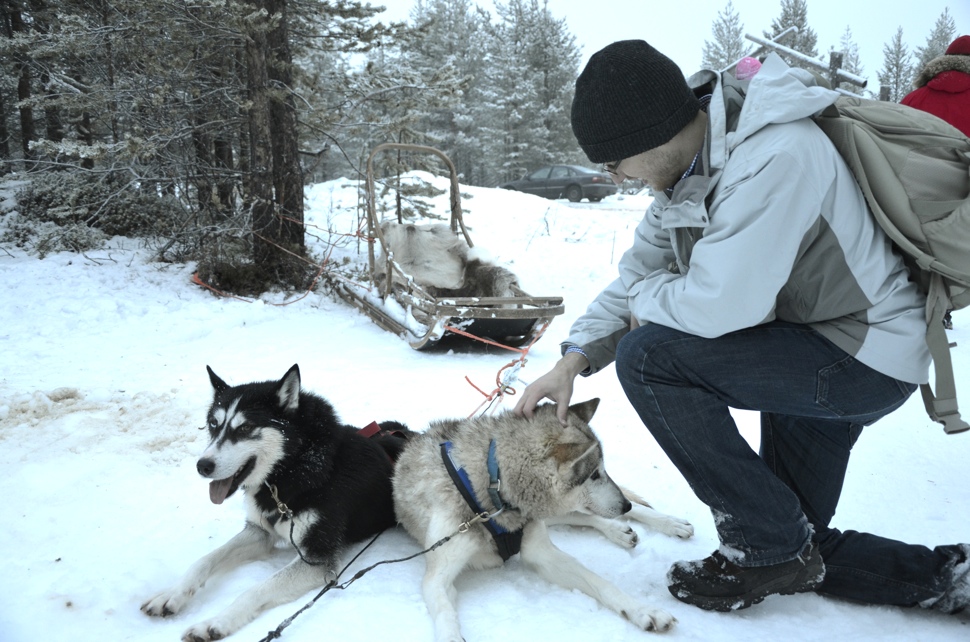 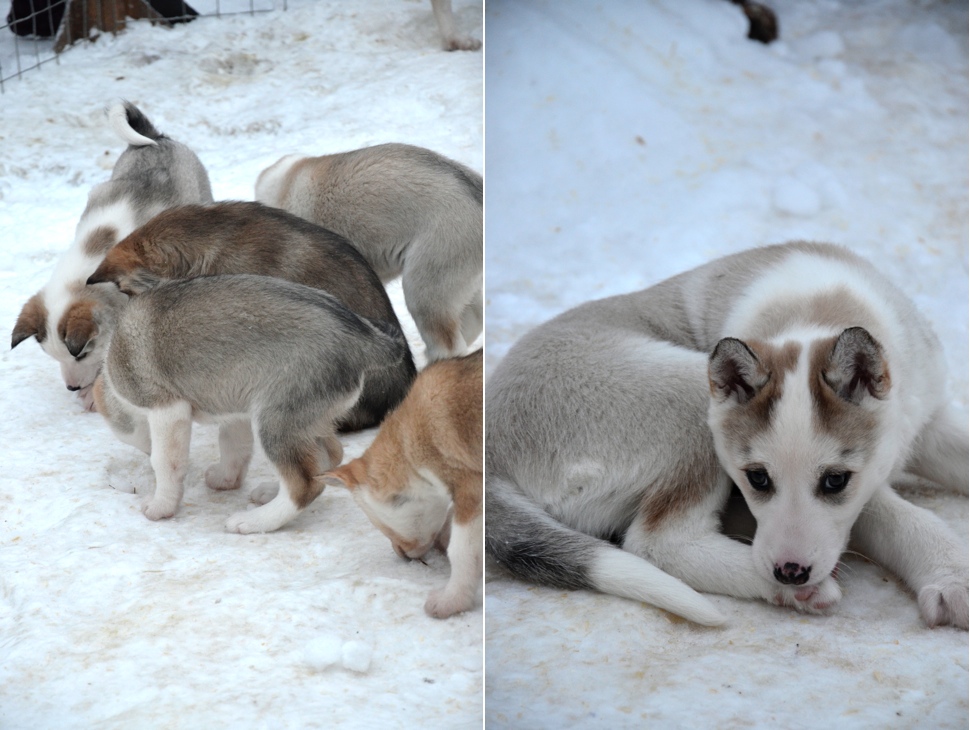 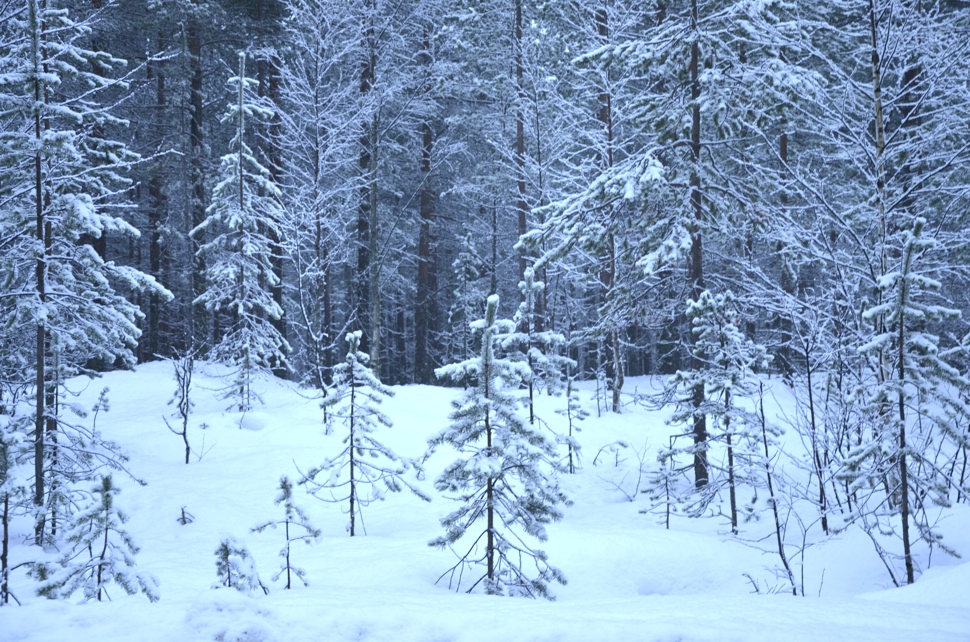 Our New Year's Eve plans, as usual, were left to the last minute. (We like to live on the edge). Joensuu was a ghost town for the Christmas break and all flights, to just about everywhere, were jacked up for the holidays. We knew we had to get out and do something or the darkness would swallow us up (and because I get really antsy). So after exhausting several options, we made the decision to travel to even more darkness and snow. The bright side of this is that Santa would be there and he can brighten even the darkest of days, right? Joulupukki, as the Finns call him, has a village that sits on the Arctic Circle, just north of Rovaniemi. He has a post office where you can write yourself letters to be sent or have Santa himself send you one. He has a workshop, obviously, where you can buy many of the trinkets that his elves make. There's a Santa restaurant, café, and everything else you could imagine. But the real reason that we went (don't tell Santa) is for the huskies. These are not your average huskies. These puppies are masters of the sleigh. We opted for an hour long sleigh ride. When we got to "Husky Park" we were informed that there was a snow problem and we may not be able to go (cue extreme disappointment). But we soon found out that one of the women working there was going to take us out, WAY out, into the woods to a family that raises and trains the dogs for our ride. We were super pumped. Even more so when we learned that we would be leading our own team of dogs. I had imagined we would both just be along for the ride. Little did we know Scott would be the leader (well other than the lead dogs, that is). If that was the only thing we had done the entire time we were there, it would have been worth it. The experience was unforgettable. The dogs were amazing. We learned how they were trained and the different jobs each of them had on the team. I was in awe of how good they were. Oh, and then to top it off, we got to see some tiny husky babies. I died. Just about the cutest things I've ever seen. I apologize for the exessive amount of dog photos, but it could have been way worse. And, I mean, if you don't like pictures of dogs, what's wrong with you?

We made it back to Kemi just before midnight and rang in the new year at the Old Gringo. 2013 was really good to us and I have a feeling 2014 is going to be a pretty great year too.